* It's unclear if Ashton and Mila brought along their kids-daughter Wyatt, 7, and son Dimitri, 5-for the outing 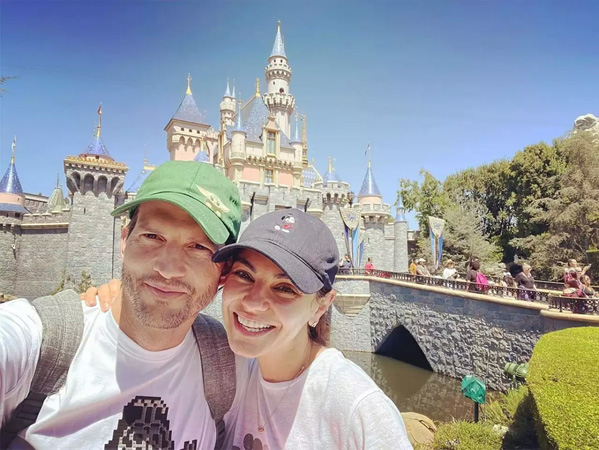 Hello, Wisconsin! Er, Disneyland! Ashton Kutcher and Mila Kunis enjoyed a date at the theme park in Anaheim, Calif. over the weekend. Taking to Instagram Sept. 4, the actor, 44, posted a few photos of him and the actress, 39, at the Happiest Place on Earth and wrote, “Give you one guess where we went to celebrate the end of summer.” Of course, it didn’t take followers long to come up with the answer after seeing their sweet snapshots. The photos showed Ashton and Mila encountering some Stormtroopers at Star Wars: Galaxy’s Edge and smiling in front of Sleeping Beauty’s Castle. The couple dressed for the occasion with Mila donning a Mickey Mouse baseball cap and T-Shirt and Ashton sporting some Star Wars gear. It’s unclear if Ashton and Mila brought along their kids-daughter Wyatt, 7, and son Dimitri, 5-for the outing. The That ’70s Show alums don’t post pictures of their children on social media to protect their privacy.

“We don’t share any photos of our kids publicly because we actually feel like being public is a personal choice….My wife and I have chosen a career where we’re in the public light, but my kids have not,” Ashton told Arianna Huffington on a 2017 episode of the Thrive Global podcast. “So, I think they should have the right to choose that. And I actually don’t think that they should have images of them as children that are out there, that somebody could potentially blackmail them with or do whatever-you know. It’s their private life; it’s not mine to give away.”

One thing is for sure: Fans can’t get enough of Ashton and Mila’s love story, with one follower writing, “Kelso & Jackie will forever be my fave couple!!!”