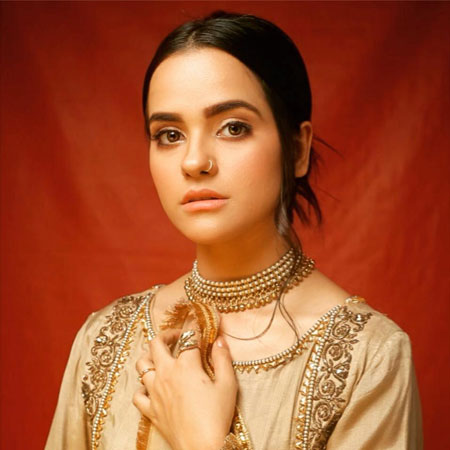 The ‘Fraud’ actor revealed that her husband happened to be a close friend of her youngest brother Hassaan and the two met during his wedding festivities for the first time. “It was during the dance practices for his wedding when we met and he fell in love,” the celebrity divulged. Kulsoom also mentioned that her now-husband tried to impress her mother, the veteran actor first and eventually the two shared a good bond, which is the same to date. “He used to arrive earlier than the stated time and would hang out with my mother and both would chat endlessly,” she quipped.

The celeb added that both of them were sure about each other by the end of the wedding events, and soon involved the families. She said, “Within a month and a half or so after the wedding festivities of my brother, we tied the knot.”

At another point in the interview, the celeb noted that despite coming from the family of a veteran actor, neither she nor her brother, Faizan were ever recommended by their mother for any project, due to her strict professionalism.

On the work front, Rabya Kulsoom is currently being seen in the drama serial ‘Fraud’ as Maila – the younger sister of protagonist Maya, who has been deceived by a conman in the name of marriage. Apart from acting, Kulsoom is known for her dance videos with fellow actor and friend, Srha Asghar.