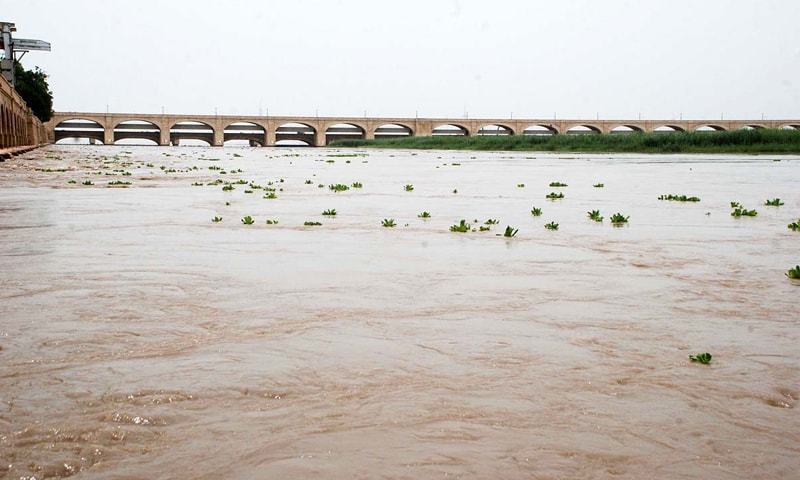 ISLAMABAD: The Federal Flood Commission (FFC) has said that River Indus was flowing in “high flood” in Taunsa–Guddu-Sukkur Reaches with “medium flood” at Kotri.

At present, weak moist currents from Arabian Sea are penetrating into central parts of Pakistan upto 3000 feet. Mainly dry weather has been predicted by FFD, Lahore over most parts of the country; however isolated thunderstorm/rain is expected over the upper catchments of all the Major Rivers.

According to FFD, Lahore, scattered thunderstorm /rain with Isolated heavy falls is expected over upper catchments of all the Major Rivers from September 4-6. For the same period, medium to high level flood is likely to continue in River Indus (downstream Chashma).