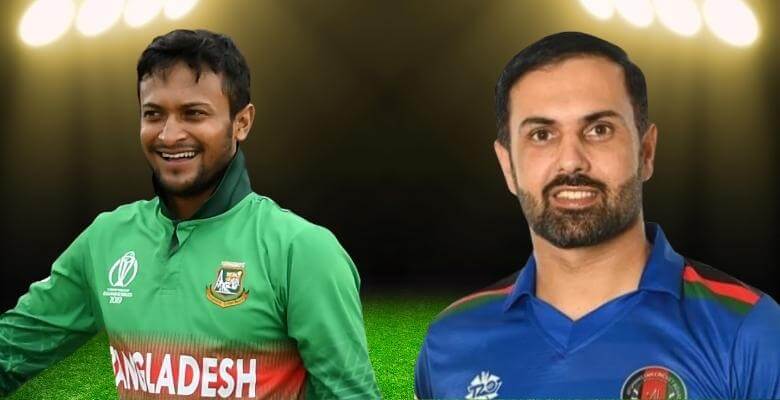 Bangladesh and Afghanistan will try to score points in the third match of the Twenty20 Asia Cup 2022 today at the Sharjah Cricket Stadium in the United Arab Emirates.

This Group B match will start at 7 p.m. PST.

Bangladesh will strive to improve its T20I performance as they prepare to play its opening match of the competition. Afghanistan is the clear favorite, due to their confidence being enhanced by their victory against Sri Lanka in the tournament opener. The game was won by eight wickets due to the dominance of the Afghan pacers and batters.

The colonists pulled together a dark show after they were put in by Afghanistan. Sri Lanka gave away two wickets, Kusal Mendis (2) and Charith Asalanka (0), in the first over. They were 5 for 3 in the second over.

Bhanuka Rajapaksa and Chamika Karunaratne tried to help the team with 38 and 31 runs respectively. As Fazalhaq Farooqi and Naveen-ul-Haq bloomed their batting line, Sri Lanka could set a deficient 105-run target.

Afghanistan raced down the target in 10.1 overs with a burning hit by Hazratullah Zazai and Rahmanullah Gurbaz as they struck 13 boundaries. Gurbaz scored 40 off 18 balls with the help of four sixes.

The Shakib Al Hasan-led team has struggled for confidence, winning just two of their last 13 games since the World Cup last year. Additionally, they dropped two white-ball matches earlier this month in Zimbabwe. But the addition of Shakib Al Hasan and Mushfiqur Rahim will provide the squad with a significant advantage because they, along with Mohammad Saifuddin, Sabbir Rahman, and Mohammad Naim, have the ability to defeat their high-flying rivals right now.

The Asia Cup 2022 will have six teams from the Asian continent divided into two groups. Pakistan is in Group A with India and Hong Kong. Group B has the other three Asian teams, including Sri Lanka, Afghanistan, and Bangladesh. Following the group matches, two top teams from every group will be selected for the Super Four stage, which will start on September 3.