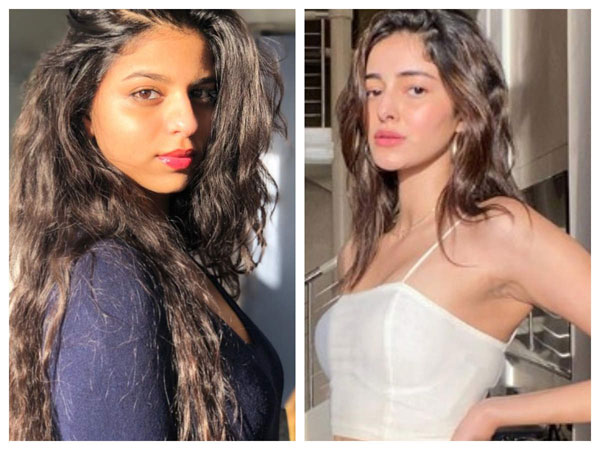 While Suhana Khan is all set to make her Bollywood debut in 2023 with Zoya Akhtar’s musical drama The Archies, her best friend Ananya Panday seems to be over the moon for her joining the Bollywood gang.

Ananya, who recently saw the release of her massy film Liger, sat with Bollywood Hungama for an exclusive interview. In the fun and candid rapid-fire segment, when she was asked to describe her fellow girl bestie in The Archie’s trailer in one word, Ananya replied, “Button. She’s like a cute button.”

Set in the 1960s, The Archies is one of the highly anticipated movies of 2023. It’s a musical experience bursting with youth, rebellion, friendships, first loves, and everything young adult, it still promises to have something for every generation. The film marks the introduction of Mihir Ahuja, Dot, Khushi Kapoor, Suhana Khan, Yuvraj Menda, Agastya Nanda and Vedang Raina.

Speaking of Liger, the film is directed by Puri Jagannadh with Ananya Panday as the leading lady alongside South actor Vijay Deverakonda. The film also features American boxing legend Mike Tyson along with Ramya Krishnan, Ronit Roy, Vishu Reddy playing pivotal roles in this action entertainer. It features Vijay in the role of a boxer with Ramya as his mother.

Liger is now playing in theaters in multiple languages including Hindi, Tamil, Telugu, Kannada, and Malayalam.