We can, we will

* Millions of people in flood-ravaged areas in urgent need of food, medicines and shelter
* Death toll hits 1,033, with 1,527 injured across country
* Most rivers in high flood; crops over 4 million acres destroyed 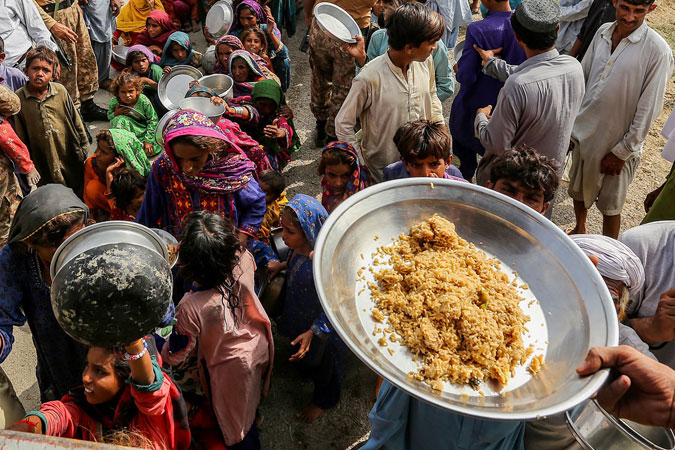 The country witnessed another day of deaths and devastation on Saturday as dozens of more people were reported dead as a result of landslides and floods in Khyber Pakhtunkhwa (KP) amid “high to very high” floods in Kabul and Indus rivers.

According to the data released by the NDMA on Saturday, a total of 1033 people have lost lives in floods so far across country while another 1527 are injured. According to the report, near a million houses have been completely or partially damaged while 719558 livestock have also been killed in the floods.

At present, more than half of Pakistan is under water and millions of people have been rendered homeless as a result of flash flooding generated by abnormal monsoon rains which have entered their eighth spell with no signs of subsiding.

A day after a rain emergency was declared in Swat, the district’s additional deputy commissioner, Abrar Wazir, said on Saturday that landslides and floods had claimed a total of 24 lives in different areas.

KP Secretary of Information and Public Relations Arshad Khan said that over 500,000 cusecs of water had flooded the province. “The government has started rescue and relief efforts in all affected areas, while the work on the restoration of road infrastructure is going on on an emergency basis,” he told media persons in Swat, adding that 10 tonnes of rations were delivered so far. 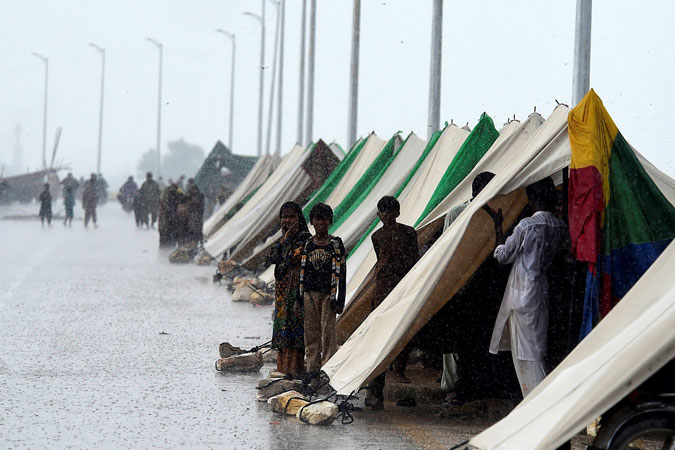 There were reports of 30 tourists being stranded in Upper Dir as well. Deputy Commissioner Akmal Khan Khattak said they were safe and had been accommodated in hotels.

Meanwhile, Nowshera Deputy Commissioner (DC) Mir Reza Ozgen renewed his call for the relocation of the district’s residents to safer places as flow in Kabul River rose above 300,000 cusecs, resulting in a “very high flood” in the water body. The flooding caused widespread devastation in the district, submerging several villages. 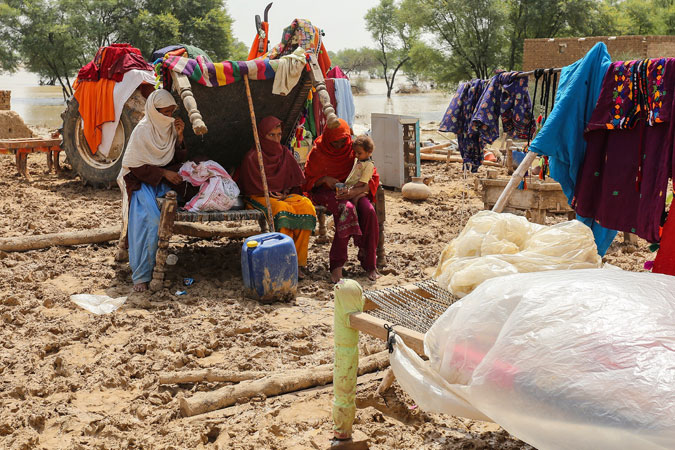 The Provincial Disaster Management Authority in KP issued a statement around the same time, saying that the water level in the river in Nowshera was recorded at 315,262 cusecs. It added that the river’s water level in Virk had reached 130,364 cusecs.

Gilgit-Baltistan has been severely affected due to rains and floods, says a Gilgit-Baltistan government report issued here on Saturday. The report estimated that from June 30, 2022 to August 26, 2022, 14 people have died due to floods and rains, while three were injured.

The report also mentioned that private properties worth over 4 billion rupees have been destroyed by the various natural disasters in Gilgit-Baltistan region alone. This includes 383 fully damaged houses and 257 partially damaged “Pakka” houses. At least 52 bridges have also been destroyed, causing financial losses worth 360 million rupees, said the report. Out of these destroyed bridges, 43 have been partially restored.