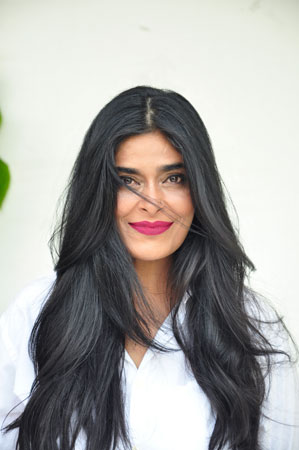 Pakistan’s prolific actor Nimra Bucha is set to star as the lead in ‘Me, My Mom & Sharmila’ – the directorial debut feature of actor Fawzia Mirza.

As per an exclusive report from a Foreign-based media outlet, Pakistani-Candian actor Fawzia Mirza is all set to venture into the world of film direction with her debut title, ‘Me, My Mom & Sharmila’.

Moreover, the ‘Signature Move’ actor has locked in the cast for her first film as a director, which will be reportedly headlined by Bucha – who very recently stunned the audience with her performance in MCUs ‘Ms Marvel’ – along with acclaimed actor Hamza Haq and Amrit Kaur.

Set in 1999, ‘Me, My Mom & Sharmila’ follows the story of Azra (Kaur) as she travels from Canada to Pakistan to bury her father while having a struggling relationship with her conservative mother Mariam.

The film – adapted from the same-titled stage play by Mirza – will be produced by Jason Levangie, Marc Tetreault and Andria Wilson Mirza. Damon D’Oliveira is the executive producer. The project will get on the floors later this year and will be shot parts in Canada and Pakistan. About Nimra Bucha, she was last seen as Najma – mother of Kamran and leader of Clandestines – in Marvel’s mini-series ‘Ms Marvel’.