I understand I live a charmed life: Sonam Kapoor 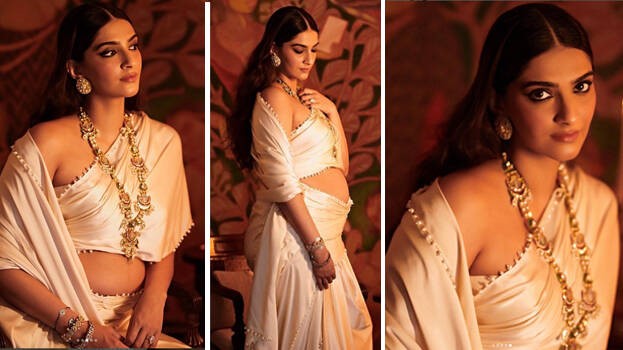 Sonam Kapoor does not feel the urge to respond to her maternity photoshoot trolls.

I understand I live a charmed life: Sonam Kapoor. Bollywood actress Sonam Kapoor and Anand Ahuja, who embarked into a new phase of their life, welcomed their baby boy in an Instagram post. Sonam was actively shooting photos in her entire Pregnancy period. Sonam Kapoor’s photoshoot trolls has been commonly seen on social media. Also, Sonam Kapoor lately opened up in an interview about why she did not feel necessity to react to any of trolls for flaunting her baby belly. Several poses for the maternity shoots to celebrate her womanhood consistently criticized. However, she chose to remain silent on all the trolls.

In an interview with Vogue she said “I think the one thing I have grown out of is reacting to things I don’t need to react to. Thankfully, a lot of it has come with age. But it’s also because I understand that I live a very charmed life. I come from a place of extreme privilege and I literally have nothing to complain about. So if someone is saying something negative about me from behind a keyboard, it really is none of my business.”

Additionally, she expressed “If I put out something to celebrate my body and my womanhood today, it shouldn’t come as a surprise. I have always been a person to publicly discuss issues like dark circles, PCOS, weight gain, and stretch marks.”

Sonam Kapoor and Anand Ahuja’s wedding was in May 2018. They announced the birth of their first-born boy on July 20th, 2022 through Instagram.  “On 20.08.2022, we welcomed our beautiful baby boy with bowed heads and hearts. Thank you to all of the doctors, nurses, friends and family who have supported us on this journey. It’s only the beginning but we know our lives have forever change – Sonam and Anand.”