The Plight of women journalists in Pakistan 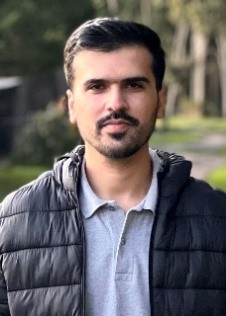 We live in a gendered world. It affects everything around us, including our professions and the manner in which one is treated within the profession as well. It is all pervasive and present everywhere. Gender pay gap, gender bias-ness, and unfair treatment of employees of various genders are issues rampant in South Asia.

The condition of women working as journalists in Pakistan is no different story, especially at a time when speech is being monitored so closely, the freedom of which is always in the doldrums. With time, things are changing, but no change is brought overnight, and it is never easy. Change is always met with resistance; women have played an essential role in the media in Pakistan, and the manner with which the story would be presented has also changed.

The sensitivity of reporting, and the truth-bearing manner of writing by women and for women, is a sign of the progression of women. Despite this momentous change, women taking charge of how they are represented and written on and off screen has met with its own challenges.

A strong gender-biasness has been in the nature of beats being assigned to women reporters and journalists are those considered “soft” in nature, such as the likes of “nature, weather, health”, whereas they are still considered to be incompetent to cover politics, sports, crime and economy.

The reason is simple and complex at the same time – gender stereotyping. Simple, because it is easy to vilify women’s capabilities based on the judgment of their gender, and difficult, because the pressure to perform it right the very first time becomes high if given opportunities.

In a recent study by Freedom Network, the number of women in senior management positions in the journalism industry is far too less, which in turn reflects the glass ceiling that journalists who identify as women are facing in Pakistan. The data also shows that less than 5% of the estimated 20,000 Pakistani journalists are women.

Although recent debates and discussions have generated important conversations about women’s safety at the workplace, defining the broad area of the workplace, especially for journalists who identify as women working on the ground or in the field. This accorded visibility to women’s experiences in working, their safety and security and the inherent misogyny that exists in workplaces which poses a challenge to their productivity.

Online spaces are also not safe; trolling and vitriolic attacks on the modesty of women have also been discussed time and again as hindrances to the progress of women. Despite these differences and problems coming to the surface, the fight for equality is not dying down just as yet. It is because of these occupying of rightful spaces by women journalists to voice their opinion and raise their voices that there have been significant changes in their representation in the media.

In the midst of all these challenges, the women journalists and their constant struggle to be heard is only increasing by the day. Regional media and its reporting is often seen to be braver than the mainstream media outlets. It particularly employs women from marginalized and rural backgrounds, which is empowering in itself. Pakistani women slowly albeit strongly are finding a foothold in redefining Pakistan’s narrative, one story at a time.

The writer is a journalist and researcher. He is a PhD student at Monash University School of Media, Film and Journalism.