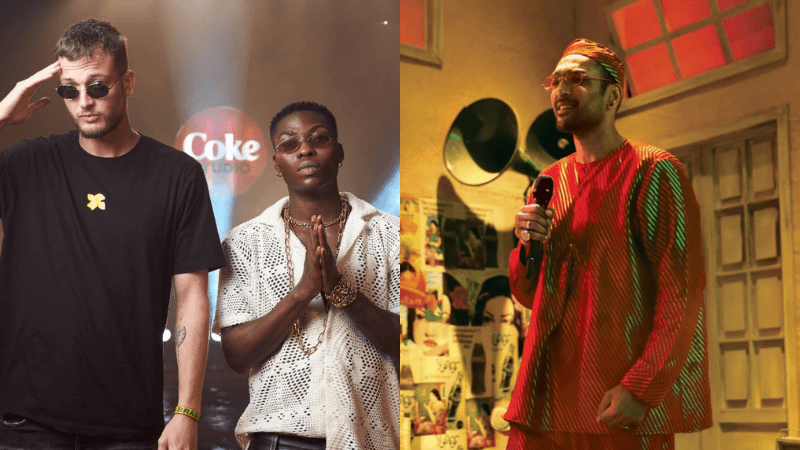 The popularity ‘Pasoori’ has gained in the past year alone is unmatched. Ali Sethi and Shae Gill’s hit song, which originated from the 14th season of Coke Studio, has crossed borders and making waves all across the globe. The song, upon its release, became super popular not only in Pakistan but also in India and various other places. Now the hit song has found a place of its own in the regions of Africa.

A new remixed version of the viral song dropped on Thursday for Coke Studio Africa. The revised version of the song found Nigerian Afrobeats infused into the already hypnotic beat of the song, which was represented by artists Marwan Moussa and Reekado Banks, in partnership with Sethi on his song. The new remix has revived the song and brought an African touch, infusing the genre and cultures of the two very distinct regions.

The song opens with Sethi’s soulful voice and the original lyrics of the song. Introducing the African elements with Egyptian and trap beats, rapper Moussa and singer Banks hop onto the track later on to create a very distinct version of the original. It does not matter whether one can connect to the lyrics or fully understand them, but the real magic is the vibe of the tune and beat of the song.

In celebration of the remix, Sethi took to his Instagram to share the newly released version of the song, captioning his post to describe his happiness upon its release. He was very happy upon witnessing his “little tune” turn into “a whole new song”.

The Coke Studio single dropped back in February and is still a trailblazer, keeping its spot atop the charts. The single went to break various records all over the world, and it’s safe to say that the song is a feat on its own. “Pasoori” also found its way onto the Ms. Marvel screen, celebrating Pakistani culture as a whole.

‘Pasoori’ was the sixth song released in the 14th season of Coke Studio. Sethi’s lyrics were written by him and Fazal Abbas, while the composition also found Sethi contributing along with Zulfiqar J Khan, more widely known as Xulfi. The music for the song was produced by Xulfi as well, along with Abdullah Siddiqui.