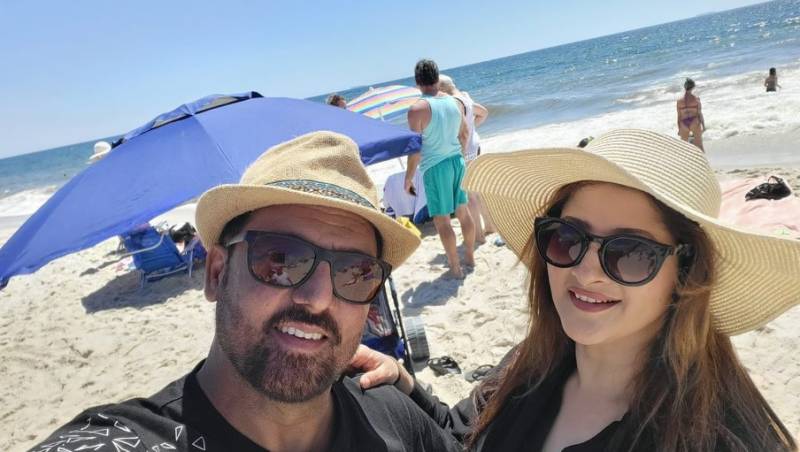 Rambo, Sahiba share shots of family trip to Virginia:  Afzal Khan, aka John Rambo, and his wife Sahiba, a well-known Pakistani celebrity couple, shared some photos from their vacation in Virginia, the United States.

Pakistani actors, hosts, and comedians who have been in the entertainment industry for a long time. He has appeared in a number of Pakistani dramas, films, and television episodes.

The actors appear to be world travelers, as they post photos of their trip to the United States to their fans and followers regularly.

For their vacation, the family flew to the United States. Sahiba began her career in 1992 and has since appeared in numerous Pakistani dramas and films.

She married Afzal Khan aka John Rambo, best known for his role in the PTV classic play Guest House. “My name is Rambo John Rambo,” he says, remains a classic hit.

The couple is the proud parents of two sons. The family flew to the United States for their vacation.