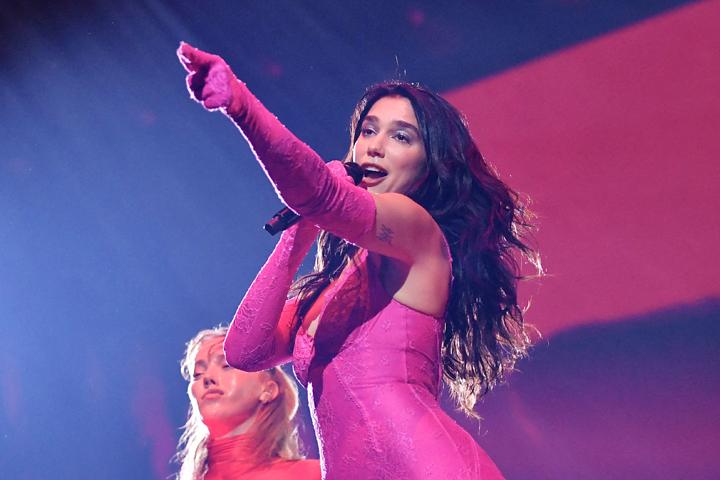 English singer, songwriter, and model Dua Lipa turned down a fan’s marriage proposal with her sweet gesture at a concert.

Spotting the man in the crowd she says: ‘I’m trying to read your t-shirt, what does it say? It says ‘Marry me Dula peep’,’ in reference to a nickname the fan had given her.

The 26-year-old superstar goes on to say: ‘Unfortunately I can’t marry you, but I can dedicate this song to you if you’d like?’

In a video that has been doing the rounds on TikTok, the singer can be seen dedicating one of her songs to a fan.
The clip on the account has more than 4.7m views. The singer’s fans have commented with love for the singer.
One said: ‘She is the cutest human being alive.’
“What I would give to have Dua Lipa dedicate a song to me,” another wrote.

She is among the well-known faces within the music industry. She won the Brit Awards for British Female Solo Artist and British Breakthrough Act in 2018 for it.