* The opening ceremony was attended by over 300 people including Chinese dignitaries, government officials, business executives, members of the diplomatic corps 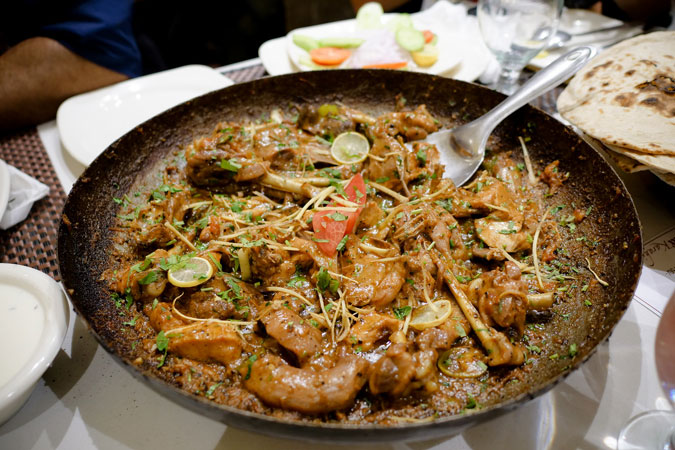 Pakistan Embassy Beijing on Saturday organised a food and cultural festival at the state-of-the-art Silk Road Art and Cultural Centre in the city of Langfang, an hour drive from Beijing, to celebrate the 75th Independence Anniversary of Pakistan.

The opening ceremony was attended by over 300 people including Chinese dignitaries, government officials, business executives, members of the diplomatic corps, media representatives and Pakistani community. Speaking at the opening ceremony, Pakistan Ambassador to China Moinul Haque stated that 75th Anniversary of Pakistan’s Independence was a historic milestone for Pakistan which stands today the fifth largest nation of 220 million hard working, talented people.

He highlighted the strengths of Pakistan as an investment and tourist destination and invited people of China to visit Pakistan next year being celebrated as Year of Tourism Exchanges.

The ambassador also spoke at length about the special friendship and iron brotherhood between China and Pakistan which is time tested.

He hoped this festival would help in promoting cultural cooperation and people to people exchanges between the two countries. President of China-Pakistan Friendship Association, Ambassador Sha Zukang said that Pakistan and China have a long history of friendly relations and both the countries have been helping each other at difficult times.

He expressed the confidence that the all-weather friendship between the two people would further deepen in future.

CEO of Ennova Culture Group, Ms Li Xiaofei welcomed the audience and threw light on the importance of the festival.

A number of activities were being organized as a part of this festival, including cultural performances, display of Pakistani products and handicrafts, photo exhibition, children games and famous Pakistani dishes.

Four in a series of seven mini-documentaries were released this week on Chinese social media platforms by the Pakistani embassy in China to celebrate the diamond jubilee of Pakistan’s independence, China Economic Net reported on Saturday.

About two minutes each in duration, the videos explore the rich repertoire of Pakistani foods, handicrafts, festivals and architecture, juxtaposing artistic cooking and handmaking processes with a presentation of culinary delights and hand-made rarities, ranging from basmati rice to carpets and markhor-themed sculptures.

Launched on the three popular platforms of Kuaishou, Douyin and Weibo in China, the three clips have grabbed favourable comments and responses from Chinese netizens. “The delicacies make my mouth water! I’d like to visit our brotherly Pakistan when the pandemic ends,” read one comment.

“Where can we get those handicrafts? Please share a link for purchase,” said an audience. Another three clips will also be released to equip the Chinese audience with a better understanding of Pakistan, as per an online statement issued by the embassy. Over the years, the Pakistani embassy has organised a wide range of activities to enhance people-to-people bonds between Pakistan and China. Starting from July 2021, the embassy has produced the Discover Batie series on Chinese social media platforms, with seven episodes out as of July 2022.