Rupee gains ground against US dollar for 10th successive session 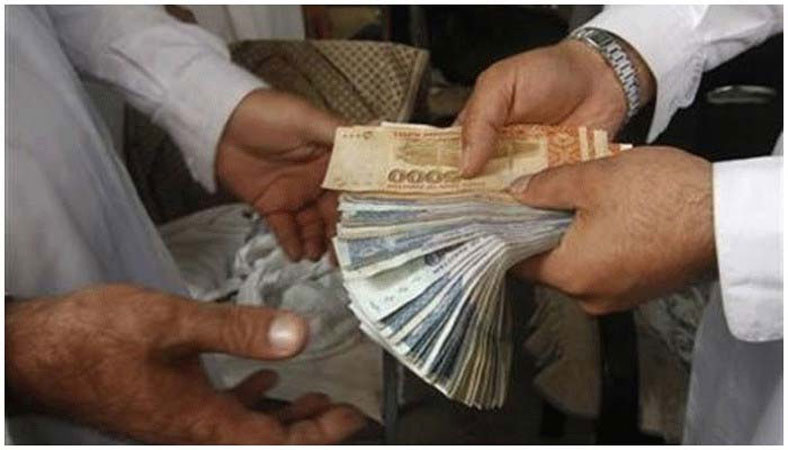 The Pakistani rupee gains ground against the US dollar for 10th successive session in the interbank market on Monday.

By 9:39am, the local currency had gained Rs3.49, or 1.61pc, to reach Rs212 per dollar compared to the previous close, data shared by the Forex Association of Pakistan (FAP) showed.

On Friday, the Pakistani rupee had gained Rs3.38 to close at Rs215.50 against the US dollar in the interbank market.

Despite shrinking foreign exchange reserves, the rupee has continued to recover against the greenback as the supply of foreign currency increased consistently compared to its demand in the system.

Exporters are selling dollars in the market amid the rupee’s appreciation. Earlier, they withheld dollar supplies in anticipation of more depreciation of the local currency.

The uptrend is driven by growing optimism about the revival of a suspended International Monetary Fund (IMF) bailout package later this month as the government has successfully completed the requirements for the release of $1.17 billion in funds.

Here are the open market forex rates for today. 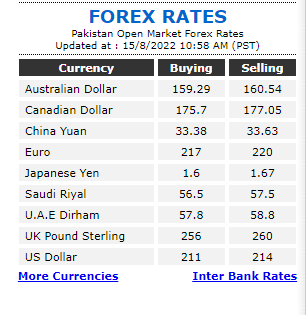 Syed said Pakistan has already managed gross external financing requirements of $34 to $35 billion but in addition, Islamabad is making efforts to get confirmation of $4 billion inflows from friendly countries such as Saudi Arabia, the UAE, and Qatar.

However, the acting SBP governor was reluctant to share any time frame for bridging the financing gap of $4 billion. He said that it would be managed soon.

“The dollar liquidity crunch appears to be easing as imports have declined in July, exporters have liquidated their positions and oil price, and those of wheat and cotton are coming down in the international market,” economist Najeeb said.

“In a market-driven exchange rate regime, we must remember that the value of the currency is highly influenced by the current account deficit, which the country must manage going forward,” he added.