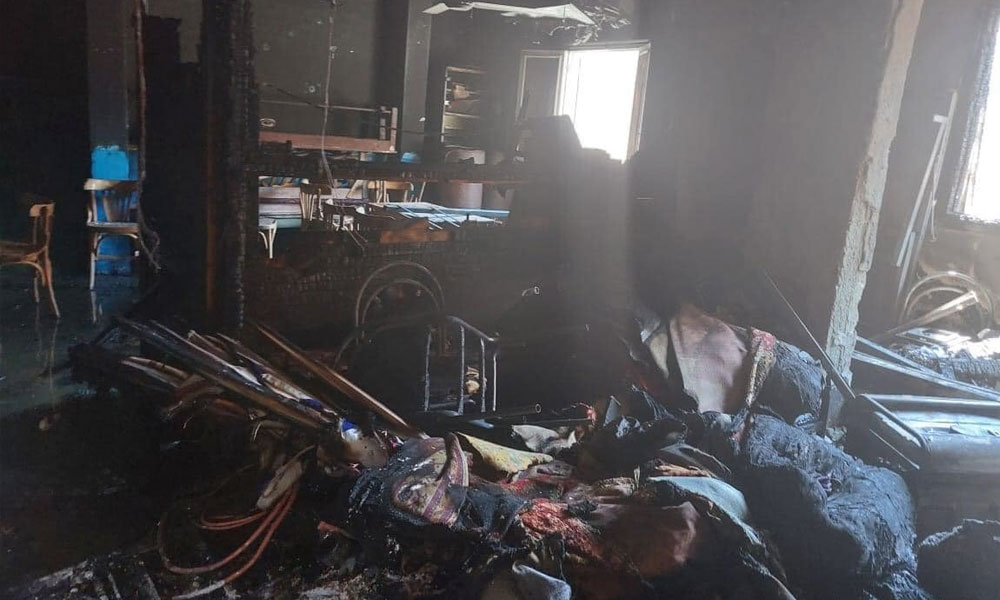 The blaze started for unknown reasons at the Abu Sifine church in the capital’s northwestern, working-class district of Imbaba, officials said. President Abdel Fattah al-Sisi declared on his Facebook page that “I have mobilised all state services to ensure that all measures are taken”.

Fire services later said the blaze had been brought under control. Copts are the largest Christian community in the Middle East, making up at least 10 million of Egypt’s 103 million people.

The minority has suffered attacks and complained of discrimination in the majority Muslim north African country, the Arab world’s most populous.

Copts have suffered reprisals from Islamists, particularly after Sisi overthrew former Islamist president Mohamed Morsi in 2013, with churches, schools, and homes burnt down.

Sisi, the first Egyptian president to attend the Coptic Christmas mass every year, recently appointed a Coptic judge to head the Constitutional Court for the first time in history.

Egypt has suffered several deadly fires in recent years. In March 2021, at least 20 people died in a blaze in a textile factory in the eastern suburbs of Cairo. In 2020, two hospital fires claimed the lives of 14 Covid-19 patients.