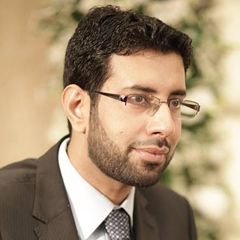 “When making a decision of minor importance, I have always found it advantageous to consider all the pros and cons. In vital matters however the decision should come from the unconscious, from somewhere within.” Sigmund Freud

In terms of Article 175-A of the Constitution, appointments to the Supreme Court are conducted by a high-powered committee called the Judicial Commission of Pakistan (JCP) comprising of nine members. This includes five senior-most judges of the Supreme Court. In a nutshell, only if all judges are on the same page, the remaining members are inconsequential. However, this has not been the case for the past many months and as a result, we are short of five judges in the Supreme Court, which means around 30 per cent. With an ever-growing backlog of upwards of 50,000 pending cases, it is a no-brainer that we need more and not fewer judges.

The last meeting of the JCP was held on July 28, 2022, and ended in a stalemate, without even a vote taking place. However, for the first time, the audio recording of the JCP meeting was disclosed to the public in relaxation of the rules which gave access to the public on the working of the JCP which historically was a process shrouded in secrecy behind closed doors.

At the moment, it is the sole prerogative of the Chief Justice of Pakistan (CJP) to select the candidate who will be considered by the JCP but there are no rules on how a particular candidate is selected by the CJP and more importantly what are the parameters on which a particular nominee will be evaluated by the JCP. The Constitution also does not provide any guidelines in this regard as in terms of Article 177 of the Constitution, a judge of the Supreme Court has to fulfil either of the two conditions i) is a judge of a High Court for five years or ii) is an advocate of High Court for 15 years. Barring the two requirements, the law is silent.

Given the composition of the country and the kind of cases that come from the Supreme Court, it is important to have a well-laid-out provincial quota.

So beyond the above, we go into a territory of “unfettered discretion” which has been deprecated by the Supreme Court itself in other public sector appointments. Some have argued that the criteria for the appointment of a Supreme Court Judge are so complex that they cannot be put into a ‘straight jacket’ formula. Others have argued to make well-thought-out rules and in case the rules are not made, only the senior most judge of the High Court by appointment to the Supreme Court (which is not the requirement of the law).

Before I give my two cents on what can be a possible solution, the audio of the JCP meeting has highlighted a few important details:

i. Most members of the JCP unless they are from the same province have not met the nominee or worked with him in a professional capacity;

ii. The details gathered by individual members of the JCP regarding the character and personality of the nominee are all hearsay;

iii. Most members have not pressed the seniority principle strictly and wanted to see other eligible candidates for instance in the case of Peshawar High Court;

iv. The convention of unwritten provincial quota system is also a consideration; and

v. There is no prior informal discussion amongst the JCP on who should be nominated.

From the above, one thing is certain: we have “crossed the rubicon” in terms of having another meeting of the JCP without properly structured rules. This is not a novelty in high-stakes public sector appointments as one can take a leaf from the working of the Central Selection Board (CSB), which promotes senior bureaucrats. The once unfettered discretion of the CSB has been structured in a transparent process ironically after judgments of the Superior Courts. Justice Mansoor Ali Shah, while discussing the appointment process of CSB back in 2013 stated the following, “Discretion without a uniform yardstick or formula is a loose jumble of haphazard human subjectivity, which is inescapably susceptible to error and indubitably arbitrary ex facie discriminatory, highly irrational and painfully illogical.”

So the million-dollar question is what are the suggestions? Can there be a process which is transparent, fair, effective and yet not rigid?

To me, the starting point is to address the elephant in the room i.e. the provincial quota convention. Should there even be one? Historically out of 17 Judges, we have had eight from Punjab, five from Sindh, three from KPK and one from Balochistan. At the moment, there are two from Balochistan and no representation from Islamabad. Given the composition of the country and the kind of cases that come from the Supreme Court, it is important to have a well-laid-out provincial quota. Therefore, to begin with, the rules can codify the unwritten convention and we can have a proper quota to select judges from. While on the point of quota, we can also have a reserved seat for a senior lawyer for direct appointment to the Supreme Court (the Constitution allows it but this has never happened). Although I have to admit, selecting a lawyer is even more difficult than a High Court judge.

So what can be the parameters and pitfalls for structuring the discretion and making objective criteria regarding the appointment of a High Court judge to the Supreme Court? The following suggestions come to my mind:

a) All judges who have completed five years and are in the top seven of the seniority list of that particular High Court must be considered and given marks;

. The benefit is that this reduces the chances of favouritism from selecting a candidate way below the seniority list.

. Top seven is also the administrative committee of a High Court so the number is not random.

The writer is Advocate Supreme Court of Pakistan.