Viral video: Bride and groom fight like kids at mandap 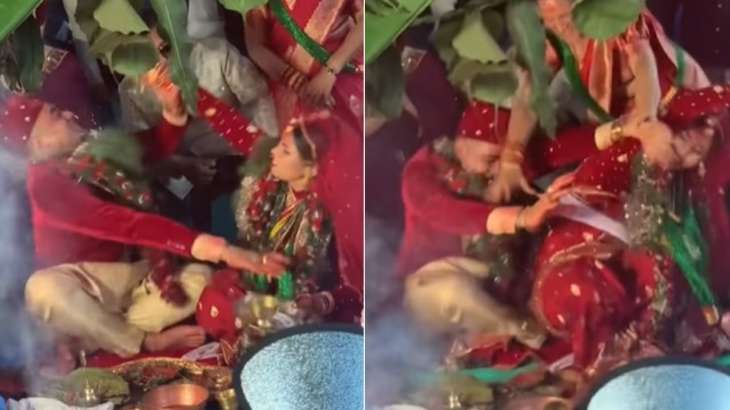 A viral video from an Indian wedding has left the internet in splits. In the clip, while sitting at the mandap for the wedding rituals, the bride and groom break into a brawl like kids.

Wedding videos are a rage on the internet owing to their funny and dramatic content that entertains netizens. In the video, the bride can be seen angrily extending her hand toward the groom, after which he resists her actions, which makes the bride more frustrated and a fierce fight then breaks between the two.

However, the bride charges at the groom and this leads to a fun fight. Things do not get serious as the groom is seen smiling throughout the video. However, the moment is hilarious and will give you your daily dose of laughter.

The video was posted on Instagram with the caption, “We all know a couple that’s toxic.”