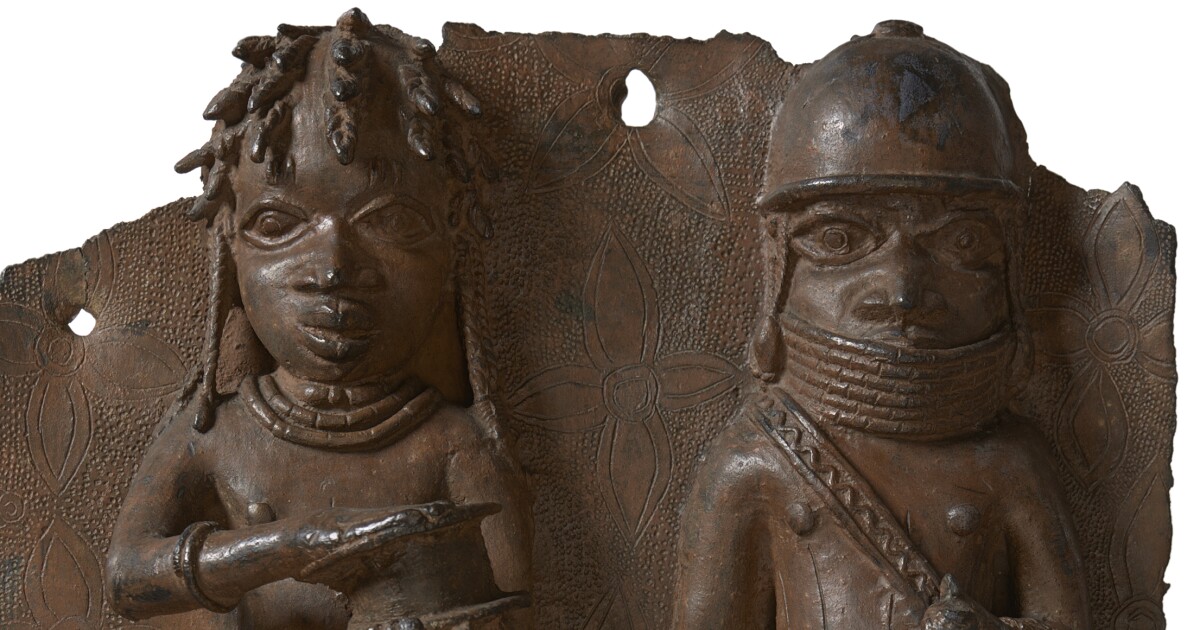 London museum has agreed to return 72 objects looted from Benin City in 1897 to the Nigerian government.

“Ownership of 72 objects, which were forcibly removed from Benin City during the British military incursion in February 1897, will be transferred to the Nigerian government,” the museum said in a statement.

“The collection includes 12 brass plaques, known publicly as Benin bronzes. Other objects include a brass cockerel altar piece, ivory and brass ceremonial objects, brass bells, everyday items such as fans and baskets, and a key ‘to the king’s palace’,” it said.

They were seized, along with thousands of other items, in a British military incursion, and ended up in museums in Europe and the United States.

Countries including Nigeria, Egypt, and Greece, as well indigenous peoples from North America to Australia, are increasingly demanding the return of artifacts and human remains amid a global reassessment of colonialism and the exploitation of local populations.

The museum agreed to return the artifacts after receiving a request in January from the National Commission for Museums and Monuments, a Nigerian body that oversees the preservation of the country’s historic and cultural properties.