Woody Harrelson has the best response to ‘adorable’ look-alike baby 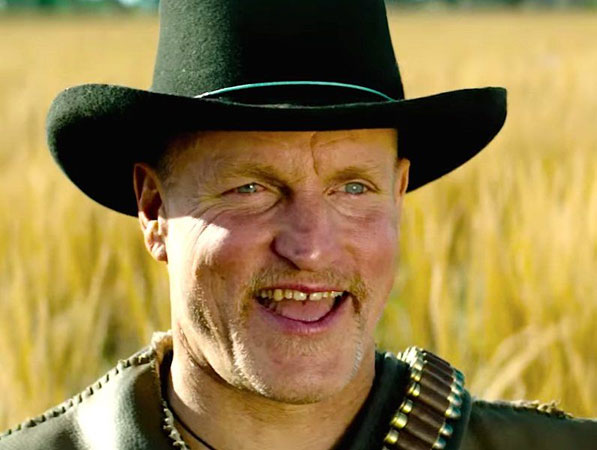 It doesn’t take a True Detective to figure out who this baby looked like. Sure, there are a lot of celebrity look-alikes out there, but Woody Harrelson has himself a baby doppelgänger. On Aug. 3, Dani Grier Mulvenna, a woman from Northern Ireland, tweeted a photo of her 9-month-old daughter Cora grinning alongside a pic of the actor from the 2009 movie Zombieland, flashing his own signature smile. The mom captioned the post, “Ok but how does our daughter look like Woody Harreslon.”

The tweet, of course, quickly went viral and even caught Woody’s attention. The 61-year-old actor responded on Instagram a day later, reposting Dani’s side-by-side photo comparison and adding a personalized poem for the baby. “Ode to Cora-” he wrote, “You’re an adorable child / Flattered to be compared / You have a wonderful smile / I just wish I had your hair.” Woody, a father of three daughters, also tagged Dani’s Instagram page in his post, which also went viral.

Surprised at Woody’s impromptu artistic response, the mom retweeted his post and wrote, “It’s not every day Woody Harreslon writes your daughter a poem.”

Meanwhile, her husband Kit Grier Mulvenna also shared Woody’s response to the photos. On his own Twitter page, he wrote, “God bless that sweet man @WoodyHarrelson.”