Tensions between Taiwan and China rise 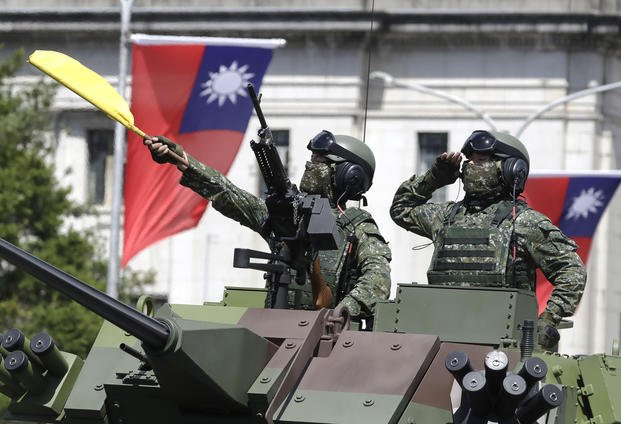 China was seen firing enraged missiles as well as deploy fighter jets and warships around Taiwan.

A multiple no-go danger zone was declared around Taiwan by the People’s Liberation Army.  This disturbance choked some of the busiest shipping lanes in the world, sometimes which comes from within 20-kilometres of the island’s shores.

Beijing found this to be a ‘necessary’ response towards the democratic, self-ruled island by US House Speaker Nancy Pelosi. To this Washington responded that China’s leaders had ‘chosen to overreact’.

Pelosi however defended her visit which occurred on Friday, declaring that Washington would ‘not allow’ China to isolate Taiwan.

According to the Chinese military the drills involved a ‘conventional missile firepower assault’ in waters to the east of Taiwan. Beijing further added that these exercises would continue until midday on Sunday.

It was reported that the Chinese army ‘flew more than 100 warplanes’ during this exercise, along with ‘over 10 destroyers and frigates’.

Taiwan stated that the Chinese military fired 11 Dongfeng-class ballistic missiles “in several batches”. At the same time Japan claims to have detected nine missiles, four of which were believed to have flown over Taiwan’s main Island.

China’s ruling party views Taiwan to be part of its territory and has vowed to take control over it even if it needs to do so by force. The severity and intensity of the drills have triggered frenzy among the United States and other democracies.

“China has chosen to overreact and use the speaker’s visit as a pretext to increase provocative military activity in and around the Taiwan Strait,” a White House spokesman, John Kirby told the reporters.

He further added that the heat of the entire situation can be brought down simply only if China stops with these aggressively ballistic drills.

Japan has formally lodged a complaint against Beijing since 5 of the drones landed in its economic zone which it has zero tolerance for. Prime Minister Fumio Kishida called China’s exercises a ‘serious problem that impacts our national security and the safety of our citizens’.

Taiwan has expressed concerns regarding their trade being effected. Port Bureau and Taiwan Maritime has warned ships to avoid the areas because of the chaos caused by these Chinese drills. Nick Marro, the Economist Intelligence Unit’s lead analyst said, “The shutting down of these transport routes even temporarily has consequences not only for Taiwan, but also trade flows tied to Japan and South Korea”.