‘Aafat’ is full of pure love 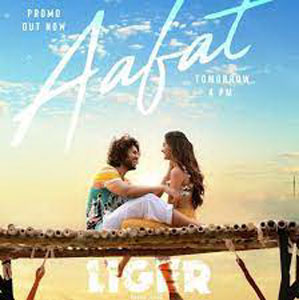 The 39-second video shows Panday trying to sneak into Deverakonda’s house. While Deverakonda tries to get away from her, Panday catches hold of him at the end.

Sharing the teaser of the song, Vijay Deverakonda wrote in the caption, “There’s always a beautiful drama Queen who will come between a mother and son!” Fans were quick enough to react to the teaser as they flooded the comments section of the post with red heart and love-struck emoticons.

The poster of “Aafat” is colourful, and it shows the Liger duo looking at each other lovingly.

Ananya Panday also took to her Instagram handle and promoted the song crooned by Zahrah Khan and Tanishk Bagchi. She wrote in the caption, “A glimpse of Pure Love, Gentle Innocence & Mad Affection.” The track is composed by Bagchi. It is all set to release on August 5 at 4 pm. Liger is directed by Puri Jagannadh. Releasing in theatres on August 25, the movie marks the Bollywood debut of Telugu star Vijay Deverakonda.