Hong Kong Sevens fans can drink, but not eat, in stands 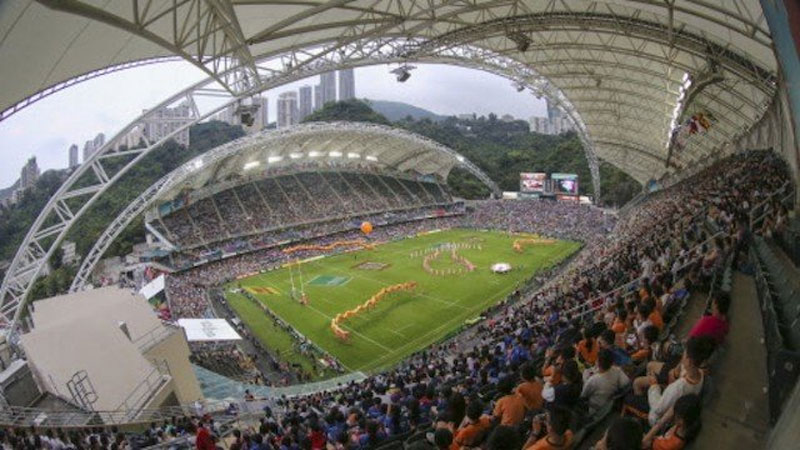 HONG KONG: Rugby fans in the stands at November’s Hong Kong Sevens will be allowed to drink, but not eat, with masks having to be worn between sips, an official said on Monday. The Chinese finance hub’s famously rowdy rugby extravaganza will return after a three-year coronavirus pandemic hiatus in November in a much needed boost for sports-starved residents. But in contrast to most of the world’s major sporting events, strict coronavirus measures will be in place including a Beijing Olympics-style “closed-loop” system for players.

Hong Kong’s sports commissioner Yeung Tak-keung on Monday outlined what fans can expect in the 40,000-seat stadium, which will be capped at 85 percent capacity. While drinking will be allowed in the stands, eating will be limited to specific “eating outlets” instead. “For eating, you need to take off the mask, and we want to reduce and minimise the mask-off activities at the spectator stands,” Yeung told the city’s public radio station RTHK. He also said officials would be keeping an eye out to ensure fans kept their mouths covered.

“We want the spectators to observe the rules themselves and, also, the Rugby Union will send people around to remind people to put their masks back on after drinking,” he added. That could prove to be an unenviable task for stadium stewards. The Hong Kong Sevens is known as much for its raucous crowds as it is for rugby, especially in the South Stand — famous for its fancy dress, party atmosphere and all-day drinking, singing and dancing. The Hong Kong tournament — the highlight of World Rugby’s Sevens circuit and drawing thousands of overseas visitors to the city every year before the pandemic — is scheduled to return from November 4-6. But it is unlikely Hong Kong will see a large influx of tourists any time soon. International flights remain well below pre-pandemic levels and all arrivals must currently undergo a week of mandatory hotel quarantine. Hong Kong’s new administration, which took office this month, has been saying it plans to reduce the quarantine period soon, bringing in a health code traffic light system similar to China’s. But there has been no firm commitment or timeframe yet for ending quarantine.