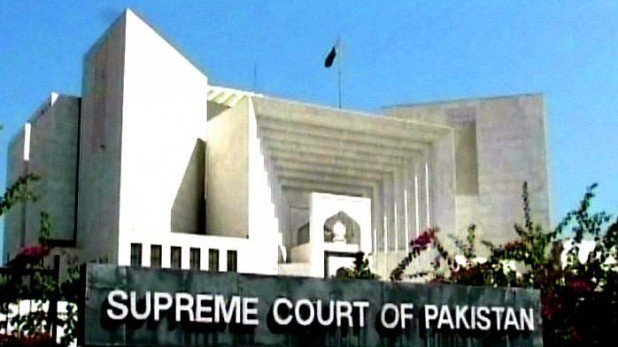 The Judicial Commission of Pakistan (JCP) by a majority five to four votes rejected the elevation of high court judges nominated by Chief Justice of Pakistan (CJP) Umar Ata Bandial, to the Supreme Court, a private TV channel claimed.

The five judges of the high courts were under consideration for the apex court.

The JCP is responsible for approving the appointment of judges to the Supreme Court and five high courts of the country. The CJP also heads the commission as its chairman.

The chief justice, Justice Aijazul Ahsan, and Justice Sajjad Ali Shah voted in favour of the nominees, while Justice (retd) Sarmad Jalal Usmani voted in favour of three judges from LHC and voted against the SHC nominees. However, according to sources, their votes were less as Justice Qazi Faez Isa, Justice Tariq Masood, Attorney-General Ashtar Ausaf Ali, Law Minister Azam Nazeer Tarar and Pakistan Bar Council representative Akhtar Hussain voted against all the five nominees. Upon receiving five votes against the nominees, the chief justice ended the session without reaching a decision.

Justice Isa attended the JCP meeting from Spain and AGP Ashtar participated from the United States via video link.

When the majority did not approve CJP nominees through voting, the CJP along with Justice Ijazul Ahsan left the meeting without announcing the future course of action, the TV channel reported quoting sources. The majority JCP members recommended the CJP consider the nominee from the Islamabad High Court and also raised questions as to why senior three Sindh High Court judges were not considered.

“The names of all five Hon’ble Judges proposed by the Hon’ble Chief Justice of Pakistan were considered by the JCP. After detailed discussion, it was proposed by the Chairman JCP to defer the meeting in order to enable the Hon’ble Chief Justice of Pakistan to place additional information and data about those already proposed and if he considers appropriate, add more names to the list of proposees for consideration by the JCP,” the statement read. “The proposal to defer the meeting was supported by Mr. Justice Ijaz-ul-Ahsan, Mr. Justice Sajjad Ali Shah, Mr. Justice (r) Sarmad Jalal Osmany and the Attorney General for Pakistan,” it further read. “It was accordingly decided to defer the meeting. The date of the next meeting will be communicated to the Members of the Judicial Commission by the Chairman, JCP,” it concluded.

It is noteworthy that the anticipated JCP meeting had earned vehement criticism from within the legal fraternity that smells “favouritism” in the appointments and has demanded a restructuring of the laws pertaining to appointments of the judges and the discretionary powers enjoyed by the CJP.

On Tuesday, senior puisne judge of the Supreme Court Justice Qazi Faez Isa had advised CJP Umar Ata Bandial not to bulldoze the “due” process for appointment of more than one-third of the total number of judges in the apex court. In a letter written to the Judicial Commission of Pakistan, headed by CJP Bandial, Justice Isa deplored the manner of summoning the JCP’s meeting to consider the elevation of high court judges to the Supreme Court.

Apart from this, bar associations of all the provinces, representatives of the Supreme Court Bar Association of Pakistan, Pakistan Bar Council, and other bars opposed the elevation of high courts’ junior judges to the apex court. The demand came during a meeting of the bars on the same day. They sought amendments to Article 175-A and Article 209 for unifying the forum for the appointment and dismissal of judges.