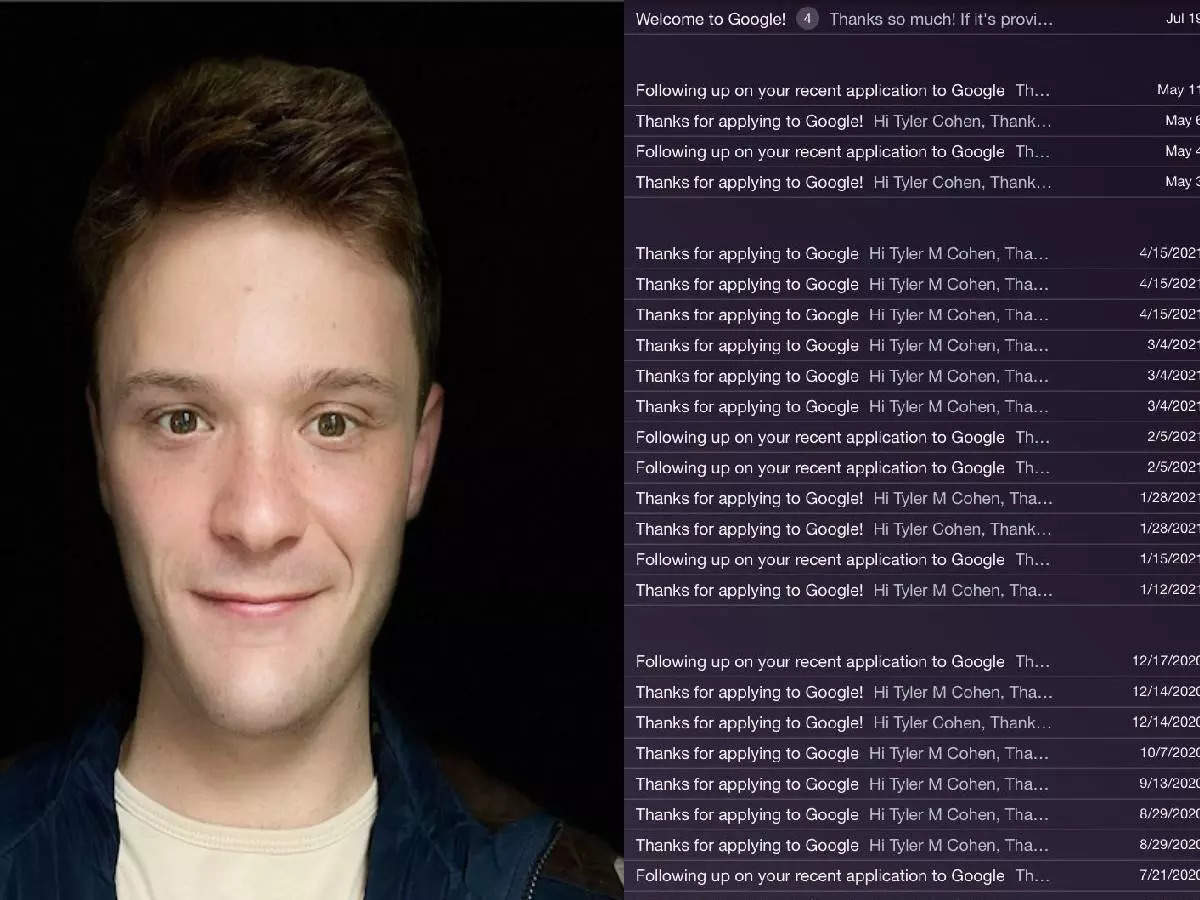 Man Gets Hired By Google After 39 Attempts. It is the story of a man who never stopped trying and finally got a job at his dream organization Google is inspiring people online. Tyler Cohen applied at the tech giant, not one or twice, but a whopping 39 times. He has shared the screenshot of all his email communication with Google, and the final one on July 19 when he got the job. Mr. Cohen lives in San Francisco and worked as Associate Manager – Strategy & Ops at DoorDash before being offered a position by Google.

“There’s a fine line between perseverance and insanity. I’m still trying to figure out which one I have. 39 rejections, 1 acceptance,” he said in the short LinkedIn post, which is now going viral.

The man has added creative hashtags like #acceptedoffer, #application, etc. The post has been liked by nearly 35,000 people, and close to 800 users have commented on it.

The screenshot of his trail emails to and from Google shows that he applied for the first time on August 25, 2019, but was rejected. He didn’t give up and applied again for a position – twice – in September 2019. Mr. Cohen was rejected both times. The screenshot further shows a gap of eight months from September 2019. Mr. Cohen resumed applying again in June 2020 during the Covid pandemic but got rejected every time until Jul 19, 2022, when he was selected by the tech giant.

Users are impressed by Mr. Cohen’s achievement and posted several congratulatory messages. Some users even recounted their own experiences.