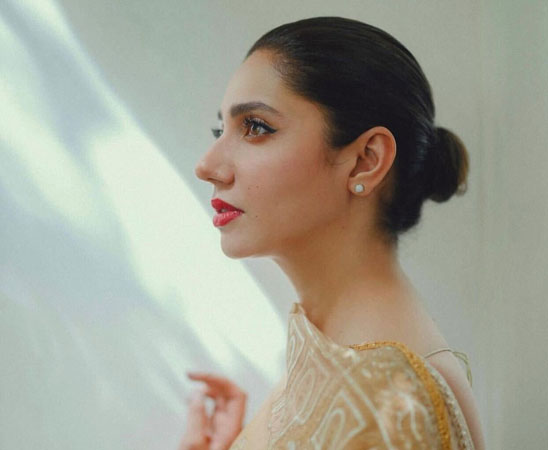 Ayesha Fatima, who is a fashion stylist from Lahore, shared the mimicry video of the ‘Ho Mann Jahaan’ actor on her Instagram handle earlier this week. The viral clip sees the imitator ace the prominent voice of the actor and her speech style to the tee.

The hilarious clip of the digital creator has gone viral on social media after being played by over 21,000 users of the social application itself. The post has been liked by thousands on the photo and video sharing social application and garnered numerous applauding comments for the artist as well.

Some of the compliments on social media read:

Hahaha well done girl. You actually do sound exactly like her but loved how you aced the facial expressions

Wow, you were a lot more Mahira here than the actual one and it’s flawless.

Uff what a talent

That Sharukh dialogue really on point

Mahira Khan is a name that needs no introduction in the entertainment industry of Pakistan. Since her debut in 2011 with ARY Digital’s drama serial ‘Neeyat,’ Mahira Khan has recognized herself as the leading choice of producers. While the gorgeous actor has uncountable super hit projects such as ‘Aik Hai Nigar’ and ‘Ho Mann Jahan’ to her filmography in the local industry, Mahira Khan has charmed the audiences as the leading lady opposite megastar Shahrukh Khan in the Bollywood title, ‘Raees’ as well.