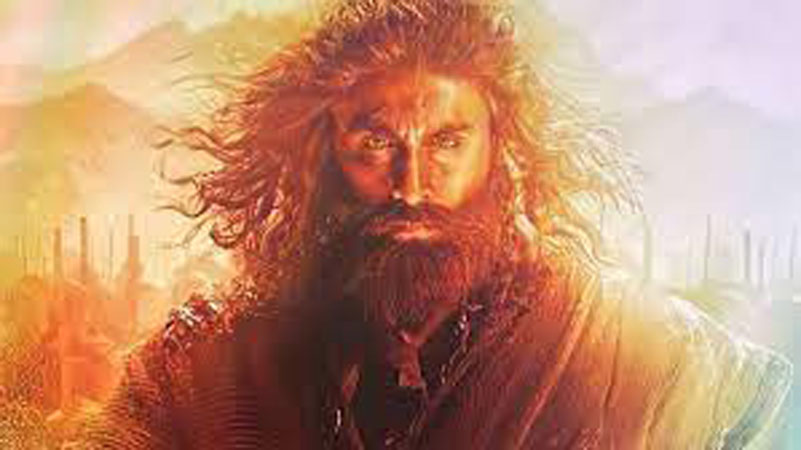 Tribal leader Shamshera loses his life trying to secure the freedom of his people. His son rises to the cause 25 years later, avenging his death and freeing his people from the clutches of the communal leaders and the British.

Shamshera (Ranbir Kapoor), a tribal leader, uprooted from his soil with his people, is forced to plunder the wealth of the rich, who consider themselves a higher caste. Shudh Singh (Sanjay Dutt), an Indian officer of the British forces, betrays Shamshera’s trust, and enslaves his tribe along with him. While Shamshera loses his life trying to free his tribe from the dual clutches of the British and the high-caste people, his son Balli (Ranbir, again) dedicates his life to this rebellion 25 years later. How he succeeds in avenging his father’s death and setting his tribe free, forms the crux of the narrative.

From the first frame, the background score and the slick VFX-led visuals suck you into this fictitious world created around the late 1800s India. After lending a quick, comic-book style context to the tribe’s roots and their causes, the film plunges into Shamshera’s story. That’s the point from where the film begins to slow down and consistently so, it remains a slow-paced action drama, involving a caste led battle, a revenge plot with a romantic angle and collision with the British Raj. 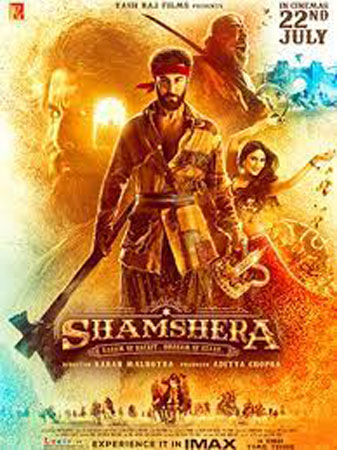 Without giving away too many details of the film, one can say that by the end of it, you’ll be fatigued. The film feels far too stretched for its wafer-thin storyline – in fact, it crawls through the runtime with quite a few minor, but unmissable technical snags. Having said that, Ranbir Kapoor and Sanjay Dutt remain the lifeblood of this drama. Despite a weak storyline and a weaker screenplay and dialogues, the actors deliver honest performances. As always, it is a treat to watch Ranbir on screen again after several years, even while he makes great effort, trying to elevate an underwhelming story. Ditto Sanjay Dutt, who delivers well as a menacing character. In fact, each time the actors are together on screen, their exchanges are quite powerful.

The supporting characters, like the ones played by Ronit Bose Roy, Saurabh Shukla and Iravati Harshe have very little to contribute to this drama. It would have helped a great deal if their characters had been curated with more attention and care. It’s surprising that they had such little scope to perform. In fact, even Vaani Kapoor’s character, Sona, who’s a dancer, falls quite short in terms of an emotional curve.

The action choreography of the film, particularly in the scene before the interval point and in portions of the climax, is very well done. The film’s album has some tracks that will play on your mind – like the one that introduces Balli in the film or the romantic ballad that depicts Sona and Balli’s love for each other. The film’s cinematography, background score and VFX are the highlights of the film.

To sum it up, director and co-writer Karan Malhotra surely seemed to have had a grand vision at the onset, but it’s his execution that seems to have betrayed him. Given the scale, the canvas and talent the makers had at hand, viewers only wish that it had all been pieced together better than what one saw.