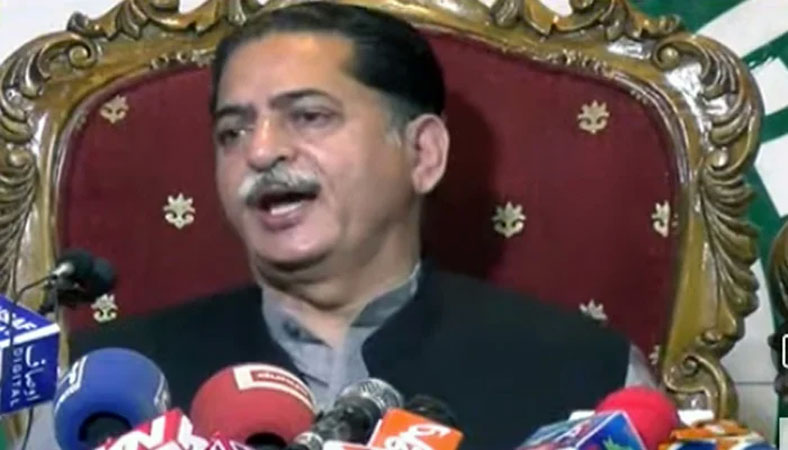 PML-N MNA Javed Latif Sunday claimed that so many ‘obstacles’ were being created in the coalition government’s efforts to cut a deal with the IMF to save the country from default. Latif passed these remarks while talking to reporters in Islamabad.

On July 14, the IMF announced that its staff and Pakistani authorities had reached a staff-level agreement on policies to complete the combined 7th and 8th reviews of Pakistan’s Extended Fund Facility (EFF). The agreement is subject to approval by the IMF’s executive board, following which Pakistan will get $1.17 billion, bringing the total disbursements under the programme to about $4.2 billion. The path to the renewed IMF agreement, however, has been paved with painful policy decisions the coalition government has had to make to ensure the funds are disbursed. “We sacrificed our politics to save the state,” Latif said. “We want to forget the past troubles and move forward for Pakistan. We made the sacrifice for a great cause.”

Referring to commentary on IMF requirements, he said: “People say the country should be run by technocrats. “Some say there should be a presidential system in the country, some say the 18th Amendment should be abolished.”

He lamented that the party Quaid Nawaz Sharif who “gifted CPEC to Pakistan was disqualified for life from the public office by the Supreme Court. He also spoke about how the national leadership and political parties were being weakened deliberately. “Today, obstacles are being put in the way of the national government,” Latif added. “If there had been an empowered government, Nawaz Sharif would have returned,” the lawmaker said.

Praising Nawaz Sharif’s ideology as something that would “guarantee Pakistan’s survival”, the lawmaker claimed a majority of the country also believed that was the case. He said the case on whether Punjab Assembly Deputy Speaker Dost Mazari’s ruling to not count ten PML-Q votes and hand Hamza Shehbaz victory in the CM election should be heard by full court. He also demanded that the decision on the PTI’s prohibited funding case should be pronounced by the ECP. “A decision on foreign funding should come within 15 days.” He lambasted PTI chief Imran Khan for leading the country to a civil war.