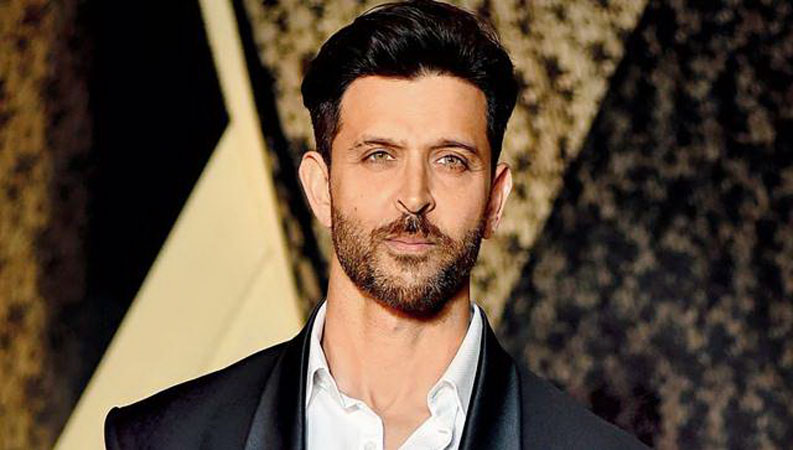 Actor Hrithik Roshan shared a throwback video of himself with his sons Hrehaan Roshan and Hridhaan Roshan as they went bungee jumping. As the video started, Hridhaan sat at the edge of a plank all geared up. Hrithik, who recorded the video said, “When you are scared of something you end up loving it.”

Next, a scared Hridhaan breathed rapidly as the instructor advised him. Hrithik boosted his morale saying, “Slowly, slowly. Take your time. Evidence is that you aren’t gonna get hurt. Tell your brain you’re going to feel the fall for how much you know? Less than .5 seconds, .5. So that much your brain can take. And I feel you should do it because then after you have done with it, you will learn something about the brain.”

As Hridhaan got ready to jump, Hrehaan asked his father, “This will be a victory for him na?” and Hrithik replied, “Of course.” The actor then motivated Hridhaan, “You know how to do this. You know how to control the brain. Now don’t think.” All of them started the countdown as Hridhaan jumped. Hrithik screamed in the video, “Yeah, baby.”

Later talking to his fans in the video, Hrithik said, “At times when I’m scared and Hrehaan is scared, we are going to think about Hridaan. Think about this episode and how he beat his fear. It’s tremendous. Love it. What a day.” He also blew kisses to fans.

The clip next showed Hrithik posing for pictures with Hrehaan and Hridhaan. All of them twinned in white T-shirts and pants as they sat on the spot. Hrithik posted the video with the caption, “Beat your fear (fisted hand sign emoji) What a day! #throwback.” Reacting to the post, a fan wrote, “You are a good Dad. Way to help your son conquer his fears! He was so brave.” “Do you know, sir that your children are extremely fortunate…because you are their father how proud it is,” commented another person.

Hrithik married Sussanne Khan in a private ceremony in Bangalore in December 2000. The couple has two sons–Hrehaan (born in 2006) and Hridhaan (born in 2008). Hrithik and Sussanne divorced in 2014. Currently, Hrithik is dating actor Saba Azad and the duo recently returned from their Europe trip.

Fans will see Hrithik next in Vikram Vedha, which also stars Saif Ali Khan and Radhika Apte. It is slated to release on September 30. Apart from this, he will also be seen with Deepika Padukone for the first time in Siddharth Anand’s Fighter.