Mesmerizing Pictures Of Javeria And Saud From Hajj Tour 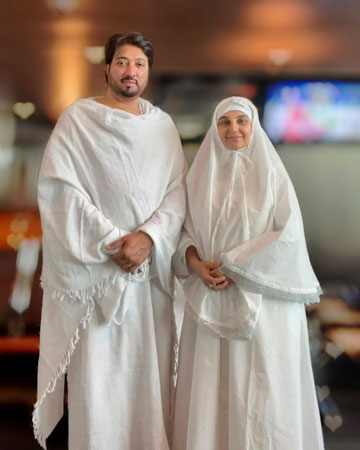 Television actress and producer Javeria and her husband Saud were among those lucky people who performed Hajj this year. The couple before leaving for Hajj shared a picture in Ehraam on their social media accounts to share the news with their fans and followers. Javeria Saud is one of those actress who often share glimpses from their private life on social media. As Javeria is still on her Hajj tour, she often treat her fans with some beautiful pictures from Makkah and Madinah. Seems like Javeria and her husband Saud are enjoying their trip to the fullest at one of the most beautiful and holy place in the world. Let’s have a look at some of the Mesmerizing clicks of Javeria and Saud from their Hajj tour!