Taapsee on taking 10 years to work with Shahrukh Khan 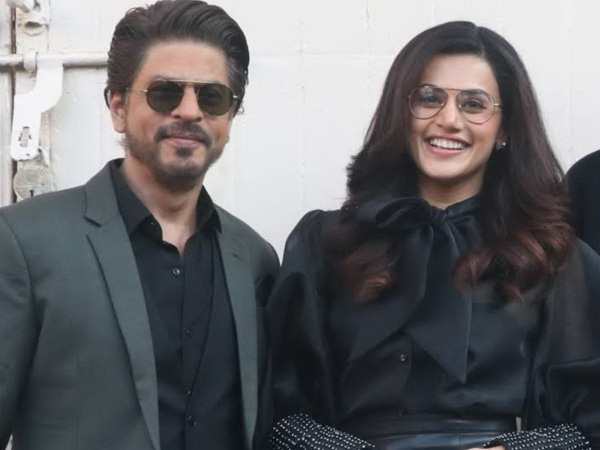 Taapsee Pannu is on cloud nine ever since she bagged her first film opposite Shah Rukh Khan and with Rajkumar Hirani. Dunki is a special film for her and she has no qualms about going big about how it took her years to get a film of such stature. In an exclusive interview with India.com and the entire Zee group, Taapsee talked about considering Dunki a big stepping stone in her career.

When asked if she looks at Dunki as a big achievement, Taapsee said, “Yes, I see this as an achievement. I didn’t see it coming in my career. I never thought it would come to me just like that. Mere paas koi recommendation vale log nahi hai. Na hi mere paas access hai itna to all these stalwarts there. And thankfully, Raju sir had seen a couple of my films.”

The actor, who is all set with her latest film – Shabaash Mithu, a biopic on Indian cricketer Mithali Raj, added that the biggest takeaway from this entire journey of Dunki is that she has got the film solely on a merit basis. “The first thing that I’ll remember from this journey is that I got this film through my work and not because someone made a recommendation call or because I knew someone. So, that is my first happy moment. It takes time. It took me 10 years for this to happen but it ultimately happened. You keep doing good work and things will fall in place one day,” she said.

Taapsee has always been vocal about her struggles in the industry, and how she made difficult choices without any prior support in the film world. The actress is considered a fearless performer on-screen and she has proven the same with her performances in films including Pink, Mulk, Naam Shabana, Thappad and Badla among others. She wears a blue jersey once again in Shabaash Mithu.