Secretary Communications and Works (C&W) Ali Akbar Baloch on Friday said that billions of rupees were being spent on constant development projects for the betterment of infrastructure in the province, the completion of which would lead to development and prosperity in the respective area of the province. He expressed these views while chairing a meeting first meeting of development Sub-Committee regarding road sector schemes included in PSDP 2022-23 schemes. In the meeting, various schemes of road sectors in different districts of Balochistan province were approved. Provincial Secretary Communications and Work (C&W) Ali Akbar Baloch said that quality and transparency should be the top priority of all ongoing development projects in the province. He said that effective and strong communication system is the guarantor of development of Balochistan. Instructing to expedite the pace of work on development projects, he said that the relevant projects should be completed as soon as possible so that the people of the province could benefit from the fruits of these projects and move ahead with the development process. He said that effective measures should be taken for the betterment of infrastructure as effective and strong communication system is the guarantor of development of Balochistan. He said incumbent provincial government under the leadership of the Chief Minister Balochistan Mir Abdul Quddus Bizenjo was utilizing all available resources to develop Balochistan in each field. 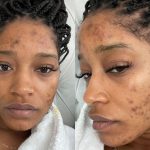