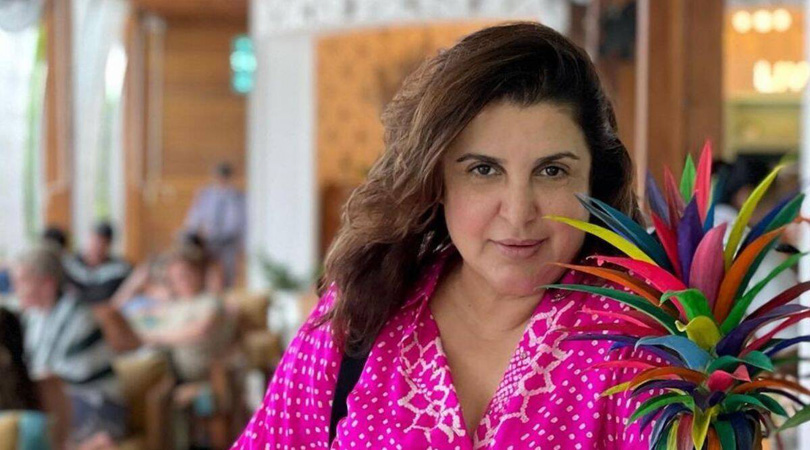 Farah Khan, who is holidaying with her family in Thailand, has shared a new video from Bangkok.

In the video, which she recorded at the Shangri-La hotel in Bangkok where she was apparently staying, Farah introduced herself as a travel vlogger. Her industry friends had hilarious reactions to her post.

Farah shared the video on her Instagram account on Thursday with the caption, “The travel vlogger strikes again!!” The video started with Farah greeting her Instagram followers as she stood in front of a swimming pool at the Shangri-La hotel.

She said in the video, “I am Farah Khan, your travel vlogger for the day. I am in Bangkok, this is the beautiful Shangri-La hotel. This is the magnificent pool.

What is good about this pool is that this is full of water. You can swim here, and if it rains you don’t even have to go in the pool, you can get wet.”

Moving towards a different part of the lounge area, Farah said, “The other thing good is this beautiful location. It is by the riverside. If you don’t feel like swimming in the pool, don’t even try jumping in the water over here.”

Farhan Akhtar was impressed with Farah’s travel vlog and commented ‘sold’ with laughing emojis. Rhea Kapoor and Bharti Singh also dropped laughing emojis in the comments section. Karan Johar went all out in praising Farah and told her that other countries would also want to hire her to make travel vlogs for them. He commented, “Hey Faru! Many countries are asking about your availability… you’re such an inspirational traveller!” Fans commented that travel vlogging should be added to Farah’s list of talents

Farah had previously shared a bunch of pictures from her Thailand trip, one of which showed her posing with her children — Czar, Diva, and Anya at Ko Samui island. She said in the caption that it was a ‘full-time job’ getting her triplets to pose for a pic.