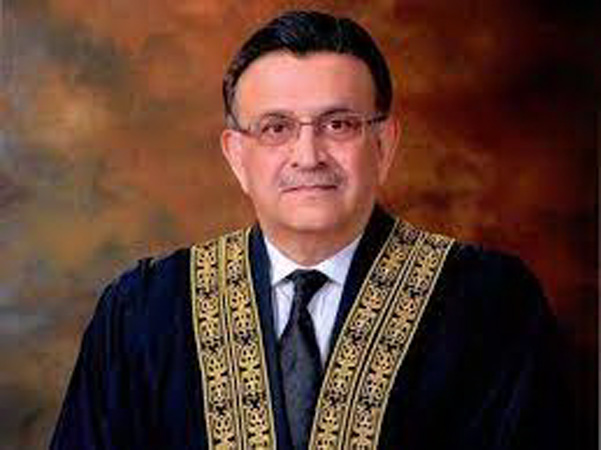 Chief Justice of Pakistan (CJP) Umar Ata Bandial on Tuesday observed that the loyalty of members was a basic right of all political parties.

While hearing petitions filed by dissident PTI members from the Punjab Assembly, who have challenged the Election Commission of Pakistan’s (ECP) decision to disqualify them for defection, the chief justice said it is the fundamental right of political parties that its members remain loyal to it.

The Election Commission had disqualified 25 dissident members of Punjab Assembly from the PTI on May 20 on the grounds that they had voted for PML-N’s Hamza Shehbaz in the election for Punjab chief minister against the party line and defected. Multiple disqualified MPAs had moved the apex against the ECP decision. Their pleas were clubbed together and taken up on Tuesday by a three-member bench headed by CJP Bandial, and comprising Justice Aminuddin Khan and Justice Muhammad Ali Mazhar.

A lawyer representing the petitioners argued that the PTI had not issued any instructions regarding the Punjab chief minister’s election. The lawyer stated that Punjab Assembly Speaker Parvez Elahi, who was the joint candidate of the PTI and PML-Q for the slot, had boycotted the session for the election.

Justice Mazhar observed that the petitioners had voted for the PML-N despite being members of the PTI.

Justice Bandial also questioned why had they participated in the voting when their party had boycotted the election session. He noted that the SC had already declared defection a “cancer” in its interpretation of Article 63-A, adding that “defection was no small matter”. He said the issue is about a person’s conscience.

During the hearing, PTI dissident MPA Uzma Kardar, who was elected on a reserved seat for women, took the stance that the PTI had ousted her from the party and hence, her case was different from that of defection.

The chief justice observed that reserved seats in an assembly were allocated to political parties according to their proportional representation in the House.

“It would have to be seen that when the PTI had ousted you from the party, why did you remain a member,” he added.

Kardar claimed that she had been ousted due “internal conspiracies” within the PTI.

Justice Mazhar asked whether the ECP did not know that she had been ousted from the party.

Kardar said all documents were present before the ECP.

The CJP said the apex court had already made it clear that the votes of dissident lawmakers would not be counted.

Kardar claimed that nobody in the PTI had the courage to speak against the party chief.

The court directed the petitioners to prepare on the point of voting for the PML-N against their party’s line and adjourned the hearing.