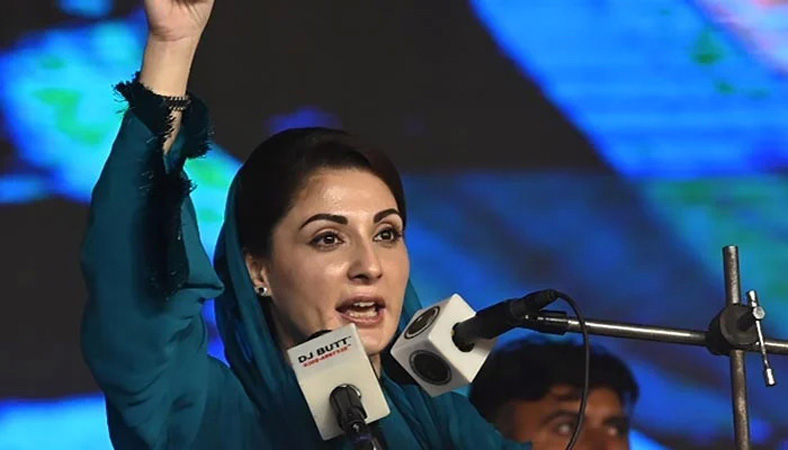 Following the Lahore High Court’s (LHC) order that the votes of Punjab chief minister’s election be recounted, PML-N Vice President Maryam Nawaz Thursday said the PTI had ‘snatched the right of the people of Punjab.’ “From snatching the mandate from people in 2018 to plundering Punjab’s money through Usman Buzdar, Farah Gogi and Bushra Bibi, Imran Khan’s list of crimes is long against Punjab,” she tweeted.

Maryam said Imran had ‘snatched the rights of people and created problems for them.’ Hamza was elected CM on April 16 with 197 votes, while PTI and PML-Q candidate Pervez Elahi received no votes. The PTI had boycotted the CM’s election. Meanwhile, Federal Information Minister Marriyum Aurangzeb said that the Lahore High Court’s decision was misreported by the media and that the court did not remove Hamza as chief minister nor did it reinstate Usman Buzdar as the caretaker chief minister.

The court has not nullified the election and this decision is the “continuation of the previous election” process, she said while addressing a press conference held to respond to Imran Khan’s latest claims.

Until the re-election is held by 4pm tomorrow (Friday) Hamza Shehbaz continues to hold the position of the Punjab chief minister, she said.

Marriyum called out Imran Khan for saying that his party would approach the Supreme Court over the Punjab CM election and making claims that the PML-N government was targeting state institutions to prevent accountability.

She said the PTI first distributed sweets and termed the LHC verdict a victory for democracy but then said that it would challenge the verdict in the Supreme Court.

The minister said that it was the same Supreme Court that had earlier ruled against the PTI, but back then the party was not ready to accept the decisions. “Your problem is that you won’t accept anything,” she said, says a news report. She said the media reporting amounted to ‘misinformation and disinformation.’

Marriyum said Imran Khan put his political opponents and journalists in jails under NAB laws but when the NAB courts ruled that no corruption charges were proved against the PML-N leader he did not dare challenge those verdicts before the Supreme Court.

She said Imran Khan ran a witch-hunt campaign against the PMNL-N leaders during four years of his rule and even contacted the National Crime Agency of the United Kingdom but failed to furnish evidence before the courts.

She said Imran Khan was now misleading people by claiming that the government was targeting institutions. She also questioned Imran Khan’s renewed claims about foreign conspiracy and said that when Imran Khan had received the cipher on March 8, why did he fail to order a probe immediately or dissolve the assemblies to call fresh elections.