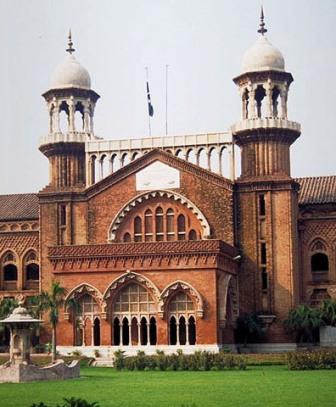 A bench, headed by Chief Justice Ameer Bhatti, resumed hearing on separate pleas – filed by the PTI and PML-Q – against Hamza’s election.

Punjab advocate-general sought a day’s time to brief Hamza Shehbaz about the situation. Meanwhile, PTI’s lawyer Barrister Ali Zafar maintained that Hamza will no longer be the chief minister if the votes of 25 PTI dissidents are not counted.

“New elections should be staged after removing Hamza from his post,” Barrister Zafar stressed, seeking at least 10 days time to hold polls again. At this, the court remarked that the election of the chief minister should be held under the voter list as of April 16. PTI’s lawyer objected that the changes made so far could not be reversed. However, the court remarked that it will give legal cover on this matter.

At this, PTI’s lawyer sought the inclusion of the five voters on the reserved seats as decided by the LHC in Monday’s order.

“How could these voters be included when they weren’t there on April 16?” Justice Tariq Saleem responded, says a news report. Earlier, the court said it wanted to wrap up the case on Tuesday. Hearing the arguments from PTI’s counsel, the court asked how a political crisis would be avoided if matters are taken back to the Punjab Assembly session on April 16 and polls are held again. “In this case, the same presiding officer will hold the polls who was on duty during the April 16 polling,” the court said.

Meanwhile, PTI’s counsel maintained that the party had also challenged the election held with Deputy Speaker Dost Muhammad Mazari. However, the court remarked that the order of the LHC is available and it cannot be challenged.

PTI’s MPAs, including Sibtain Khan, maintained in the plea that the police forced the PTI and PML-Q out of the Punjab Assembly to prevent them from exercising their right to vote at the behest of Hamza, followed by riots and chaos, after which Hamza was declared the Punjab CM.

They also questioned the presence of cops inside the provincial assembly. They said the secretary of the Assembly had prevented the entry of non-members, but alleged that the deputy secretary had called 300 non-members inside.

The petitioners alleged that bogus voting had been done in the election, indicating that PTI MPA Ahsan Saleem Baryar did not cast his vote but his name was on the voters list. They requested that the election of Hamza Shahbaz as the Punjab chief minister be declared null and void. Punjab Assembly Speaker Chaudhry Pervaiz Elahi, who was also a candidate for the CM’s slot, in his plea challenging Hamza’s election, maintained that Hamza does not have the number of votes required to be elected as the chief minister in light of the Supreme Court’s order. The plea requests the court to restrict Hamza from working as the Punjab chief minister till a final decision in this case. It also seeks cancellation of Hamza’s oath as the CM and orders for a new election for the CM slot. The bench wanted assistance on the point that if the Punjab Assembly session was reverted to April-16 position and again polling was held for election of the chief minister, then how the crisis could be avoided. The bench observed that if the session was summoned again, then the same presiding officer would hold the polling, who conducted it on April 16. To which, the PTI counsel submitted that the polling held under the deputy speaker had also been challenged.

At this, the bench observed that the deputy speaker would hold the election, as the LHC had given a decision on the matter and the same had not been challenged.

The PTI counsel expressed apprehensions on holding of elections in the presence of Hamza Shehbaz in office.

He submitted that at least 10-day time should be given for the election. He submitted that the situation could not be reversed, as 25 members had been de-notified whereas the LHC had given verdict on five reserved seats of the Punjab Assembly.

The bench observed that after excluding 25 members, the presiding officer had to judge who had the majority. If the election was held, then the votes of de-notified members would not be counted, it added. Justice Sadaqat Ali Khan observed that the Supreme Court had given the verdict that the votes of the dissident members would not be counted and the court could order implementation of the verdict.

The bench observed that the PTI counsel was seeking 10-day time so that the notification of reserved seats could be issued. If the notification is issued, then the new MPAs could not cast their votes, it added. However, the PTI counsel contended that the new MPAs could cast their votes. The court observed that if the position of April 16 was restored, and any one party gets majority, then the other could move a no-confidence motion, which would not create any constitutional crisis. Subsequently, the bench adjourned further proceedings till June 29.