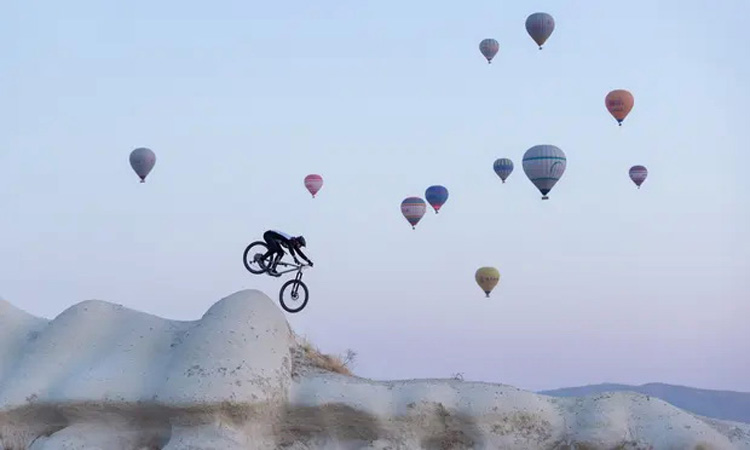 The past two years have been rough at times for those who enjoy outdoor sports. Climbers without crags on their doorstep have ruined their elbows hanging from door frames. Cyclists have invested in indoor training machines. For many, getting outside has meant running in nearby parks and dashing to hills and lakes whenever the opportunity has arisen.

While outdoor adventure documentaries have long been a staple of this community, they took on a new meaning during the pandemic as a reminder of a world beyond working from home and trying to stay fit.

The Banff Mountain Film festival has long showcased the best of this genre, and in more recent years has also taken it on tour: over the rest of this year it is showing at 50 venues across the UK and Ireland.

Some of the films will be familiar to many, but are worth catching on a big screen. In this category is The Slabs, featuring Scottish mountain biker Danny MacAskill’s terrifying descent of the 500-metre Dubh Slabs on the Isle of Skye.

Filmed during lockdown in 2020, the film garnered millions of views when it was first released online last year. I have watched it several times, and MacAskill’s descent of the steepest section, a rounded ridge of bald granite still has my heart in my mouth.

“Like all of us, 2020 threw a few curveballs in terms of travel and plans for the year,” said MacAskill. “I spent the first few months of lockdown riding for myself. When the lockdown eased a bit, we decided to go out and try to make a few films. I thought I’d start by looking close to home.

“The Dubh Slabs are a well-known scrambling route that climbers and mountaineers use to access the Cuillin ridge. It’s this long, sustained bare piece of slab rock that rises from Loch Coruisk. 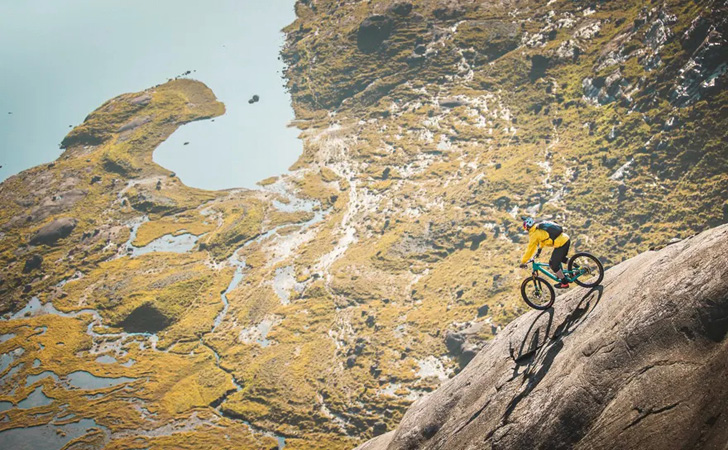 “We ended up filming the slabs over two days rather than one. We managed to get a lot of the lines that I’d dreamed of doing on the first day, but the cloud came in towards the end and the last slab became off limits because it started raining. I did try to ride the very bottom of it, much to my friends’ horror.

“The bike started getting a little bit out of control when I was about 50 metres from the bottom. Luckily I got it back. I don’t think it was very nice for my friends watching. I was on the limit of control. The tyres were at 99% of their grip limit and the brakes were also right at their very limit.”

Also on a mountain biking theme is Follow the Light, in which professional cyclist Kilian Bron heads to Cappadocia, Turkey to ride among its photogenic “fairy chimneys” – the singular towers clustered on the high plateaux of central Anatolia.

He is often seen riding beneath a cloud of hot air balloons, but the most spectacular scene has Bron following a flare mounted on a drone through a narrow canyon at night.

The film’s French director, Pierre Henni, says: “[That shot] took us three evenings and we had to experiment a lot.

“It was almost pitch black, so the only source of light for the drone pilot and the rider (as well as the filmer and photographer) was that flare on the drone, so it had to stay close to Kilian. As soon as the flare was ending. we needed to jump on our headlamps so the drone operator could see the landing zone.”

Filmed in Germany’s Frankenjura region, Action Directe offers a different kind of sweaty-palm experience. It follows the protracted efforts of top French climber Melissa Le Nevé to be the first woman to climb the large limestone prow from which the film takes its title – almost 30 years after the late Wolfgang Güllich made the original ascent.