Rebel responds to newspaper’s handling of her new relationship 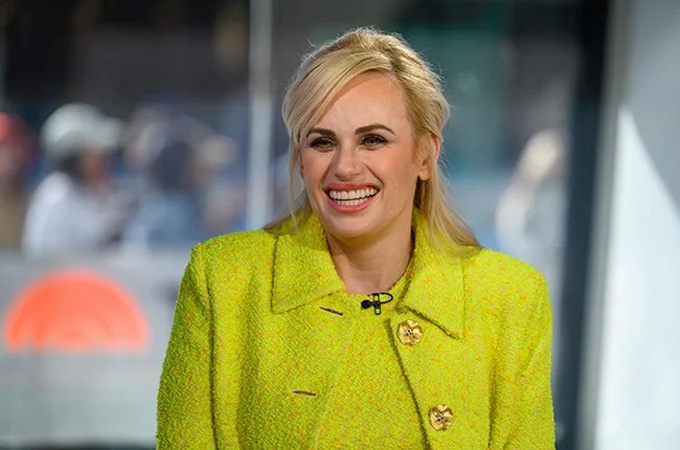 Rebel Wilson is getting the last word. After a columnist drew criticism online after revealing the newspaper he works for reached out for comment from the actress about her relationship with girlfriend Ramona Agruma before she revealed their romance publicly, Wilson took to Twitter on June 12 to respond to one of her supporters.

“Thanks for your comments,” she tweeted to another Australian journalist Kate Doak who expressed her support for the Pitch Perfect star. “it was a very hard situation but trying to handle it with grace.” Doak responded, “You are most welcome, Rebel. Both Ramona and yourself be kind to yourselves and take things at your own pace. I’ve done my best to be an honest educator, so it hurts massively to see this happen today. Any time you ever want to talk, give me a shout.”

In an opinion piece published in the Sydney Morning Herald on June 10, private columnist Andrew Hornery wrote, “It was an abundance of caution and respect that this media outlet emailed Rebel Wilson’s representatives on Thursday morning, giving her two days to comment on her new relationship with another woman, LA leisure wear designer Ramona Agruma, before publishing a single word. Big mistake. Wilson opted to gazump the story.” Wilson, 42, ultimately revealed same-sex relationship herself, in a June 9 Instagram post. On Twitter, Hornery wrote that the actress’ “choice to ignore our discreet, genuine and honest queries was, in our view, underwhelming.” Social media quickly had Wilson’s back, with numerous users slamming Hornery and the Sydney Morning Herald, accusing them of trying to out the actress and calling the situation “atrocious” and “so f–ked up.”

The Sydney Morning Herald Editor Bevan Shields responded to the backlash in his own article.

“Our weekly Private Sydney celebrity column last week asked Wilson if she wished to comment about her new partner,” explained Shields. “We would have asked the same questions had Wilson’s new partner been a man. To say that the Herald ‘outed’ Wilson is wrong.” He continued, “Wilson made the decision to publicly disclose her new partner-who had been a feature of her social media accounts for months. Private Sydney is a column in which the writer’s interaction with his subjects is often part of the story. Saturday’s piece followed that theme in giving readers insights into our interaction with Wilson and her PR team. This was not a standard news story.” While defending the newspaper, Shields also claimed he “made no decision about whether or what to publish” in regards to Wilson’s relationship and wished the couple well. Wilson had shared her post, which included a photo of herself cuddling up to Agruma, one month after teasing she was “happily in a relationship.” “I thought I was searching for a Disney Prince,” the actress wrote on June 9. “But maybe what I really needed all this time was a Disney Princess. #loveislove.”