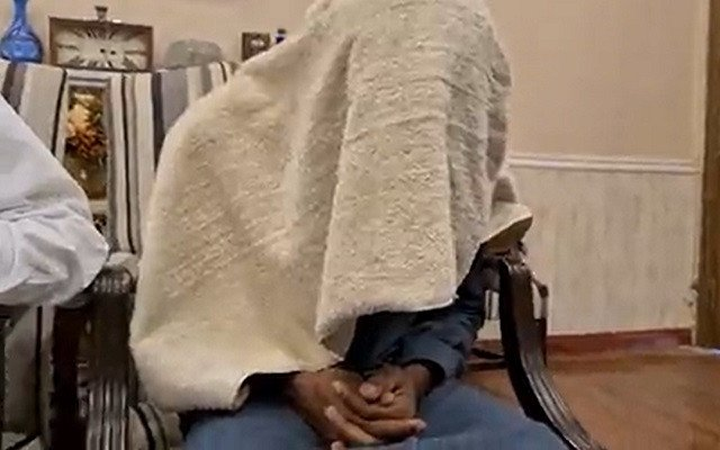 The Pakistan Tehreek-e-Insaf (PTI) on Sunday claimed to have caught a Bani Gala employee who was allegedly tasked with spying at party’s chairman Imran Khan’s Bani Gala residence to acquire “crucial information”.

Talking to media persons, PTI leader Shahbaz Gill, while sitting beside the “spy”, said that the man was sent to install a specific device to record the communication at the residence. Holding a black USB-like device in his hand, Gill claimed that it was an extremely sensitive gadget that could record voice in the room where it was installed as well as of the one beside it.

“He was given Rs50,000 and told to install the device. Upon completing the initial task, he would carry out this task on a regular basis,” the former PM’s aide claimed.

When told that he didn’t have access to Imran Khan’s room, he was tasked with finding the man to establish his contact with the operators, Gill added.

He said it is a password-protected device and runs with the help of software and has a tiny mic in it. He expressed fear that the next task of the man would be to plant an explosive device inside the residence.

Gill told media persons that lawyers and other experts of the party wanted action against the man, but Imran Khan was against doing so. Meanwhile, in a Twitter post, the Islamabad Police said that a reporter belonging to a local private TV channel had handed over a man who couldn’t talk properly and so he hadn’t been identified yet.

It further stated that medical tests would be carried out to ascertain the mental and physical condition of the suspect detained. The law enforcement agency further said that the man, as per reports, had been under arrest inside Bani Gala since Saturday. It added that the reporter who handed over the man to the police did not provide any evidence or details about him. “However, police are investigating the incident and will soon reveal details about it.”