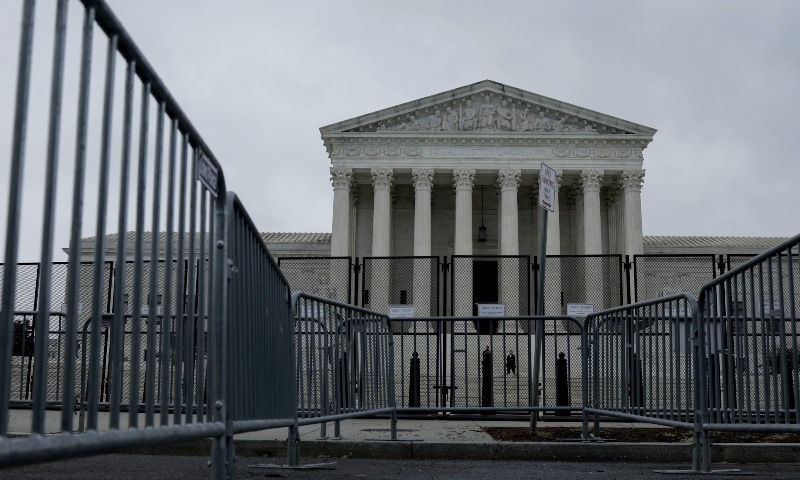 The US Supreme Court ruled on Thursday that Americans have a fundamental right to carry firearms in public in a landmark decision that came just weeks after another deadly school shooting.

The 6-3 ruling strikes down a New York law that required a person to prove they had legitimate self-defence needs to receive a gun permit and will prevent states from restricting people carrying guns.

Despite a growing call for limits on firearms after two mass shootings in May stunned the country, the court sided with advocates who said the US constitution guarantees the right to own and carry guns. The ruling is the first by the court in a major second amendment — the constitutional amendment allowing Americans the right to bear arms — case in a decade and a victory for the powerful gun lobby, the National Rifle Association (NRA).

“Today’s ruling is a watershed win for good men and women all across America and is the result of a decades-long fight the NRA has led,” NRA executive vice president Wayne LaPierre said in a statement.

“The right to self-defence and to defend your family and loved ones should not end at your home.”

Justice Clarence Thomas, who wrote the majority opinion, said: “The second and fourteenth amendments protect an individual’s right to carry a handgun for self-defence outside the home.

“Shocking, absolutely shocking, that they have taken away our rights to have reasonable restrictions,” she told reporters, breaking off from making a separate announcement.

“We can have restrictions on speech — you can’t yell fire in a crowded theatre but somehow there are no restrictions allowed on the second amendment,” she said.

“I’m sorry this dark day has come,” she added.

Hochul later tweeted that the ruling was “outrageous”, accusing the six judges of acting “recklessly”. “In response to this ruling, we are closely reviewing our options — including calling a special session of the legislature.

“Just as we swiftly passed nation-leading gun reform legislation, I will continue to do everything in my power to keep New Yorkers safe from gun violence,” she wrote.

New York City Mayor Eric Adams warned that the ruling “may have opened an additional river feeding the sea of gun violence”.

“We will work together to mitigate the risks this decision will create once it is implemented, as we cannot allow New York to become the Wild West,” he said in a statement.

On May 14, an 18-year-old used an AR-15-type assault rifle to kill 10 African Americans at a supermarket in Buffalo, New York. Less than two weeks later 19 children and two teachers were shot and killed at an elementary school in Uvalde, Texas, by another teen with the same type of high-powered, semi-automatic rifle. The New York law said that to be given a permit to carry a firearm outside the home, a gun owner must clearly demonstrate that it is explicitly needed for self-defence — meaning those without the demonstrated need could not do so.

Gun-rights advocates said that violated the second amendment of the US constitution, which says “the right of people to keep and bear arms shall not be infringed.” More than half of US states already allow permitless carry of firearms, most of them only doing so in the past decade. But more than 20 still maintain restrictions which they could now be forced to abandon based on the court’s ruling.

In the ruling, the court overturned a New York state law dating to 1913 that had stood based on the understanding that individual states had the right to regulate gun usage and ownership. Over the past two decades, more than 200 million guns have hit the US market, led by assault rifles and personal handguns, feeding a surge in murders, mass shootings and suicides.