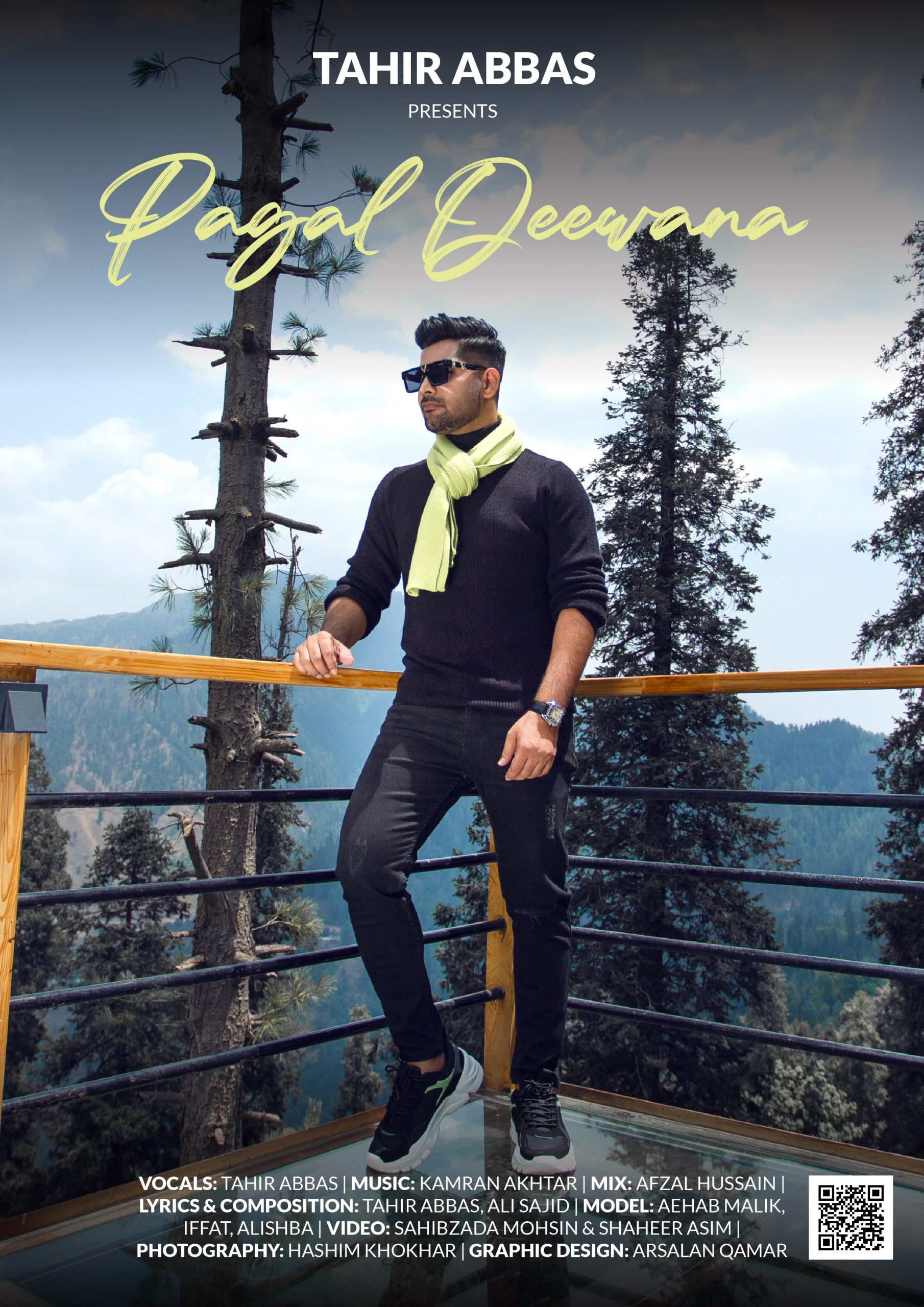 Pakistani emerging singer Tahir Abbas, hailing from a small town of southern Punjab has made his name in music industry after his back-to-back blockbuster performances.

The versatility in his music is the unique idea that make a lot of people from Pakistan and across the world to follow him. Tahir Abbas himself is the lyricist and musician of his albums and songs. And the way he always comes up with an exceptional idea every time shows his creativity.

Tahir Abbas started his career with the release of a funk folk album but his cover song “Ruseya Na Ker” became the main reason for his success in the whole subcontinent.

Though Tahir Abbas has always been giving the finest songs and albums every time. But there’s a surprise for everyone in this newly released song titled “Pagal Deewana ”. Anyone who listens to and admires songs by Tahir Abbas can truly guess this song. Maybe it is because of Mann Meriyan craze that was hitting everyone around the globe.

This new song exactly vibes like Mann Meriyan. Which was indeed a masterpiece by Tahir Abbas. Being a self-made singer who made his name in the Pakistani music industry in a very short period, that too on his own.

Mostly every singer in Pakistan who’ve got some recognition gets sponsored by brands and companies. But there’s a different scenario in the case of Tahir Abbas. He wants to keep alive the real soul of music and make everyone feel and enjoy his music despite age, gender, or class. Through this dedication, every song released by Tahir Abbas became superhit in days. All of his song kept trending on social media platforms. But Mann Meriyan gave the tough competition to every song released in those days.

Mann Meriyan received a massive appreciation from people all around the world, the song kept trending on 2 on YouTube, 80 million-plus hashtags of Mann Meriyan were used on Likee, and 1 million videos on TikTok used the sound of Mann Meriyan to express their feelings and love for that song. Getting this much appreciation from social media indicates that Tahir Abbas is winning the hearts of millions of normal humans in Pakistan and Pakistanis living outside the country. 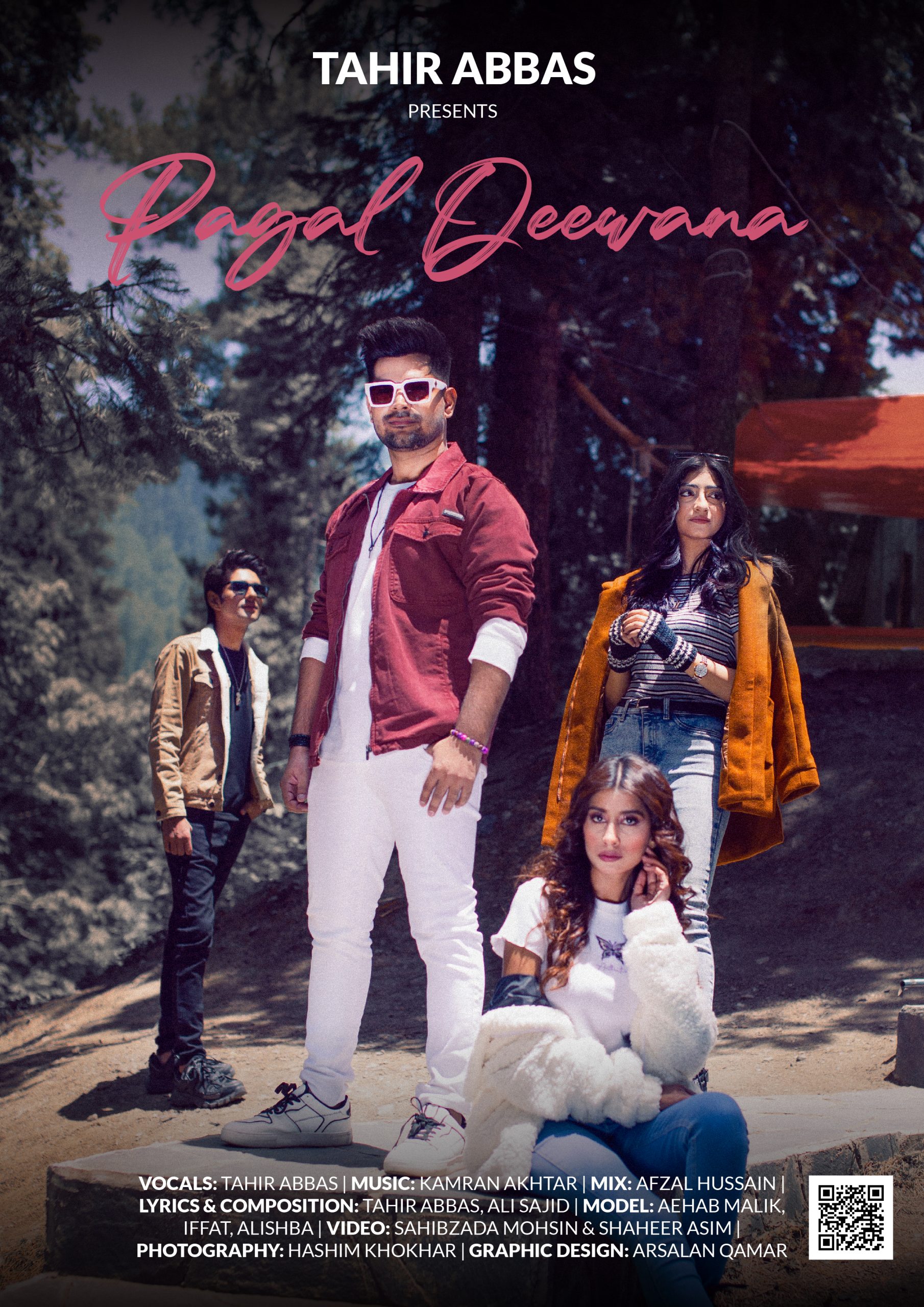 The song “Pagal Deewana ” is composed and written by Tahir Abbas and Ali Sajid the singer himself as always. The music of the song is arranged by Kamran Akhtar and man behind the flutes is Baqir Abbas. And last but not least Sahibzada Mohsin and Shaheer Asim are the directors of this masterpiece.

As we all know that Tahir Abbas always gives a new touch to his album and songs, this time he is promoting new rising faces by starring them in his music video. The young models Aehab Malik, Iffat, Alishba, and Hasnat will be starring in this novel quixotic song.

Fans are also going to witness another skill of Tahir Abbas in this music video. As he will be seen starring in the video. Multi-tasking ability is already a favorite factor of Tahir Abbas that’s adored by his fans. The shooting of the video took place in mesmerizing hilly areas of Pakistan i.e. Nathia Galli etc. there’s so much more about the video of ‘’Pagal Deewana ” that audience is going to witness and enjoy soon.