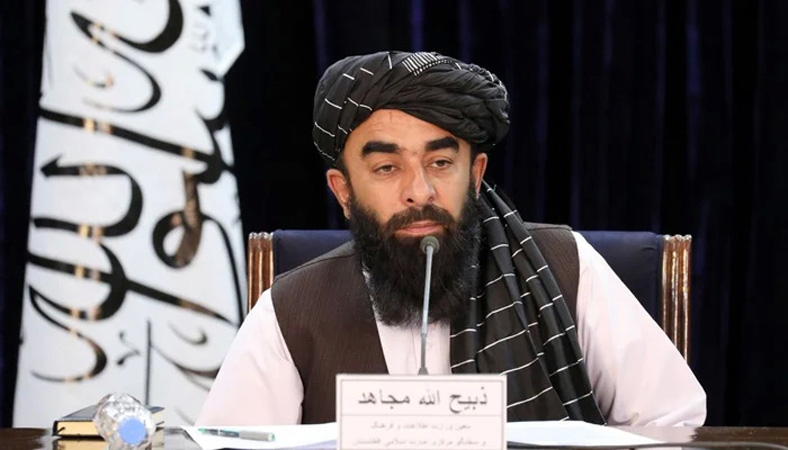 The Afghan Taliban on Saturday confirmed that the Pakistani government and the Tehreek-e-Taliban Pakistan (TTP) have reached an agreement on an “indefinite” ceasefire during ongoing peace talks in Kabul, a private TV channel reported. In an email response to questions from a group of Pakistani journalists, Afghanistan’s interim Deputy Information Minister Zabihullah Mujahid expects “bright chances” for the fragile talks to succeed. “The Islamic Emirates is playing a mediatory role in the ongoing talks between the two sides. Our greatest desire and effort is to bring about long-term peace and reconciliation between the two sides,” Mujahid, who also serves as the interim Taliban administration’s spokesman, stated. Wars and violence, he said, not only bring human, social, and economic losses but also invite “foreign intervention.” “I believe the two sides have noticed it,” adding: “It is in the “best interest of both sides to move forward sincerely to achieve the peace goal.” Replying to a question about the conditions the two sides have set for permanent peace, Mujahid said: “We have got nothing to do with it. This is an issue between the two sides. We don’t want to get involved.” “Our only desire is that both sides show flexibility and move forward with sincerity in order to extend the ongoing ceasefire and continue to cease attacks,” he added. In response to another question on what would happen if talks fail this time as well, Mujahid reassured that the Taliban will not allow “anyone” to use Afghanistan’s soil against Pakistan. The Taliban spokesman also confirmed that a delegation of Pakistani tribal leaders recently visited Kabul in connection with the ongoing peace talks. The visit, he added, helped in extending the ceasefire.