Markets in Sindh to close at 9pm to save power 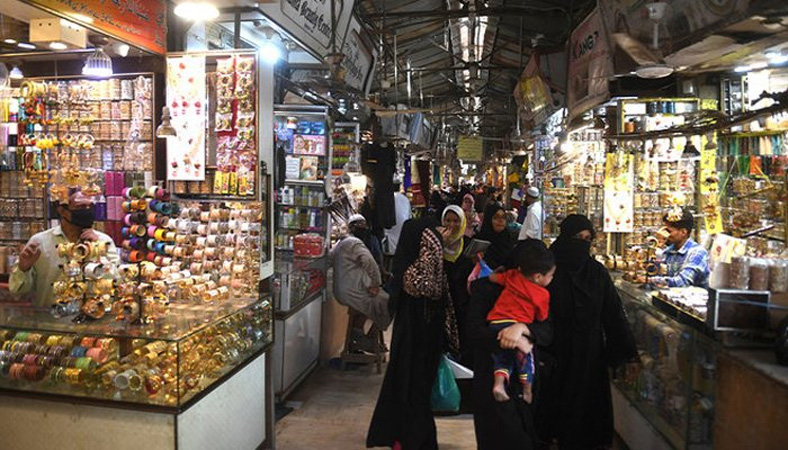 The Sindh government Friday notified closure of markets across the province at 9pm in order to save electricity, as the country faces constant power outages causing immense inconvenience to the people due to the rising temperatures. The measure, which will remain in effect till July 16, is in response to the power outages and load shedding and seeks to reduce the shortfall between the supply and demand of electricity, according to the notification. It was decided that the morning hours must be utilized for business activities, said the notification. The new rule is set to go into effect at 5pm today. All markets and shopping malls shall close by 9pm, the notification said, adding that this does not extend to medical stores, pharmacies, hospitals, petrol pumps, CNG stations, bakeries and milk shops. Furthermore, marriage halls must shut down by 10:30pm and eateries by 11pm. The notification noted that the federal cabinet had decided on June 7 to take effective measures to reduce load shedding by conserving energy and prevent and minimize the impacts of anticipated energy shortfall in the country through a national strategy. Therefore, the notification said, it was “necessary and expedient to enforce certain restrictions in order to control increasing shortfall between the energy generation and its utilization, so that this prevalent emergency of the energy shortfall may be controlled, which otherwise could have long term and multi-sectoral impacts on the lives of the general public of the Sindh province”.

The notification also authorized station house officers (SHOs) to register complaints against people who violated the directives. It said that action against such people could also be taken under Section 33 (obstruction) of the National Disaster Management Authority Act 2010 by the district administration. There have been reports of hours-long load shedding across the country, leaving the people suffer in high temperatures. The incumbent government has blamed its predecessor PTI for the energy shortfall. Prime Minister Shehbaz Sharif had on June 4 sought an ’emergency plan’ to end load shedding. Meanwhile, K-Electric had announced that it would carry out three hours of load shedding daily in the city’s so-called exempted, or low-loss, areas. Consumers living in so-called low-loss areas within KE’s service territory were earlier exempted from load shedding. A day earlier, federal ministers urged the nation, especially traders, to adopt austerity measures to reduce wastage of fuel and electricity. Defence Minister Khawaja Asif said traders must accept the new business closure timings proposed by the federal cabinet to reduce electricity consumption and fuel usage.