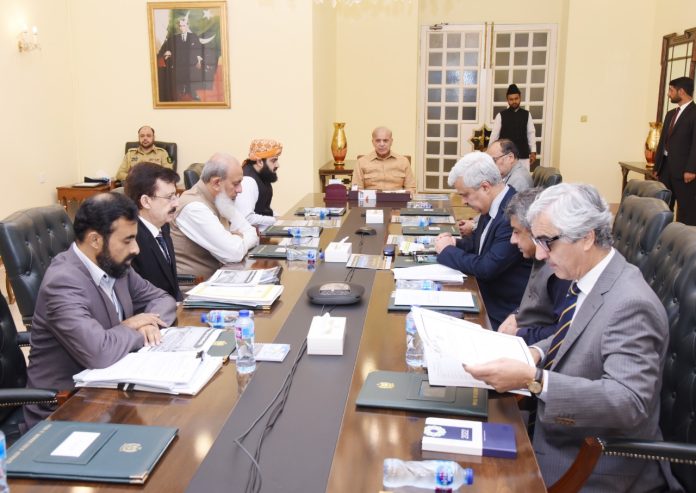 The prime minister, chairing a meeting to review progress on the ongoing road projects of National Highway Authority, also instructed to initiate construction of the Thakot-Raikot section of Karakorum Highway, Babusar Tunnel and Khuzdar-Kuchlak road.

Calling for ensuring transparency in the process of awarding the contract, he also formed a nine-member committee to improve the procurement process.

The committee would comprise the federal communications minister, the Managing Directed of the Public Procurement Regulatory Authority and Chairman Pakistan Engineering Council.

The prime minister viewed that the country could no longer afford delay in the development projects as during last four years, a criminal negligence was shown to impede the course of development.

He also instructed to seek the support from Pakistan’s embassies for verification of the international companies, as it was the responsibility of all relevant institutions to save the time and money of the country.

During the briefing, it was told that M-6 Sukkur-Hyderabad Motorway was an important component of Karachi-Peshawar Motorway but it was delayed due to slow pace of work during the previous government.

Featuring 15 interchanges, the 306-kilometer-long motorway would pass through six districts. Besides reducing the distance, travel time, and fuel consumption, the project would also ease the transportation of export goods across Pakistan to Karachi ports.

The work on the project would start within six months which would take two-and-half years to complete, the prime minister was told.

Regarding the 250-kilometer Thakot-Raikot section of Karakorum Highway, it was told that the project’s feasibility study would be completed within seven months. Once complete, it would ease the flow trade traffic between Pakistan and China besides providing an alternate route during the construction of Dasu and Diamer Bhasha dams.

The meeting was told that besides Babusar Tunnel, a 66-kilometer road and rehabilitation of the existing road would be carried out. The snow galleries would also be constructed on the said road to ensure smooth traffic flow during the snow season.

Highlighting its vitality for the promotion of tourism in the Northern areas, the prime minister instructed the execution of the project as per international standards.