* These experiences can cause 'serious trauma', said Kazuko Ito, a Tokyo-based lawyer who campaigns against coercion in adult entertainment 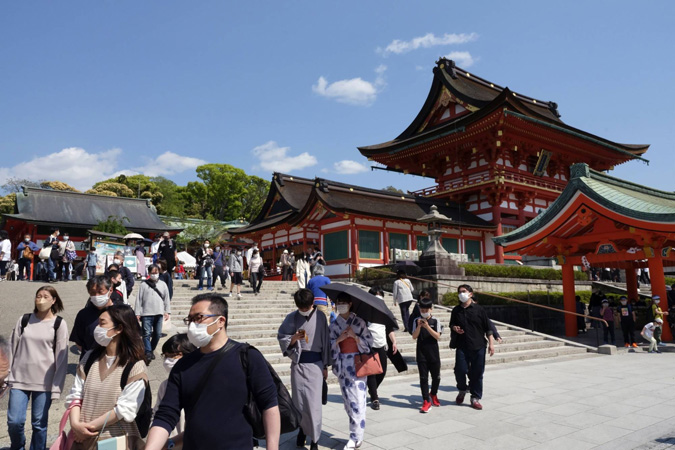 The new law is intended to prevent talent scouts offering work as a model or idol performer before pushing recruits into sex and nudity.

These experiences can cause “serious trauma”, said Kazuko Ito, a Tokyo-based lawyer who campaigns against coercion in adult entertainment.

The law allows those who appear in adult movies to cancel their contracts within a year of the work’s release for any reason and without paying penalty fees.

“Once the films are distributed they stay online essentially forever, to be consumed by an unspecified number of people, effectively becoming ‘digital tattoos’,” Ito told AFP.

The “groundbreaking” new law “aligns very closely to the interests of the victims”, she added.

Initially it will allow contracts to be cancelled up to two years after a film is released, but that period is expected to be later revised to a standard 12 months.

Lawmakers began lobbying for the new rules when Japan lowered its age of adulthood from 20 to 18 in April.

That raised concerns that recruiters could target 18 and 19 year olds, who previously had the right to withdraw from contracts signed without a guardian’s permission.

‘SURROUNDED’ — a YouTuber who goes by the name of Kurumin Aroma says recruiters preyed on her aspiration to become a musician before pressuring her into becoming a porn actress. “At one point, I was surrounded by more than a dozen staff, saying: ‘How much money and time do you think we had to spend on you?'” she told reporters recently in Tokyo. “When girls as young as, say, 18 or 19 are presented with an opportunity to make their dream come true, I don’t think they are capable of level-headed judgement.” Porn makers who use intimidation to stop actors withdrawing contracts will now face up to three years in jail and a fine of up to three million yen. For companies, fines can reach 100 million yen. Industry officials say internal compliance guidelines were established in 2018 and Ito acknowledges that some efforts have been made to improve the situation. But there are still “non-professional and illegal films left unchecked”, she said. Around a quarter of Japanese women in their teens, 20s and 30s have been solicited for jobs as models and idols, a 2020 cabinet office survey found. Among those who applied, 13 percent said they were asked to take part in photo or video shoots of a sexual nature they had not consented to. Not everyone is happy with the new law, however, with some saying it should have gone further. “Victimisation linked to adult videos isn’t due to problematic contracts,” a group of campaigners said in a statement. Instead, they said, it is caused by “the humiliation that comes with physical and sexual violence, and the need to engage in sex for real”.