* One fan in the crowd, brought a Pakistani flag to the concert 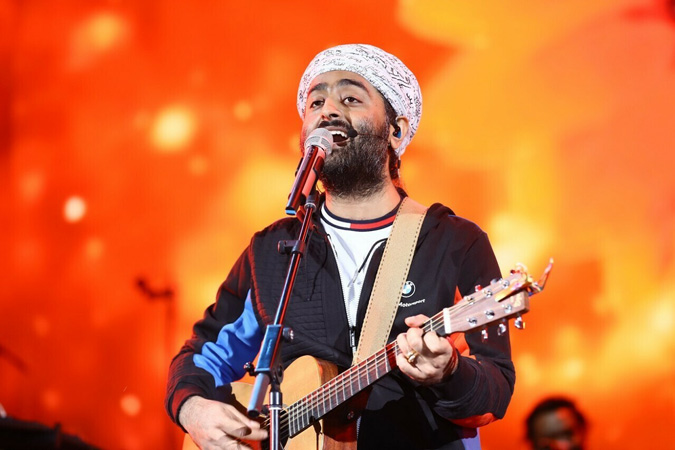 Indian singer Arijit Singh has a massive fan following across the world – and rightfully so.

Recently, Arijit Singh was performing in Toronto, Canada, where his fans from different parts of the world were in attendance.

One fan in the crowd, brought a Pakistani flag to the concert. A security guard, upon noticing the flag, asked the fan to stop waving it, however, Arijit Singh stepped in.

He told the security guard to let the fan wave the flag of his country.

This gesture by Arijit Singh has been winning hearts and the singer then began to sing Nusrat Fateh Ali Khan’s Tere Bin Nahi Lagda.

This is also not the first time Arijit Singh has shown his love towards Pakistan and Pakistani fans.

While performing in Abu Dhabi late last year, Arijit Singh had said: “I don’t follow the news but tell me one thing: Has music from Pakistan been banned in India. Is it still banned or has it just started. Is it running? Because Atif Aslam is one of my favourites, and Rahat Fateh Ali Khan, and Shafqat Amanat Ali.”