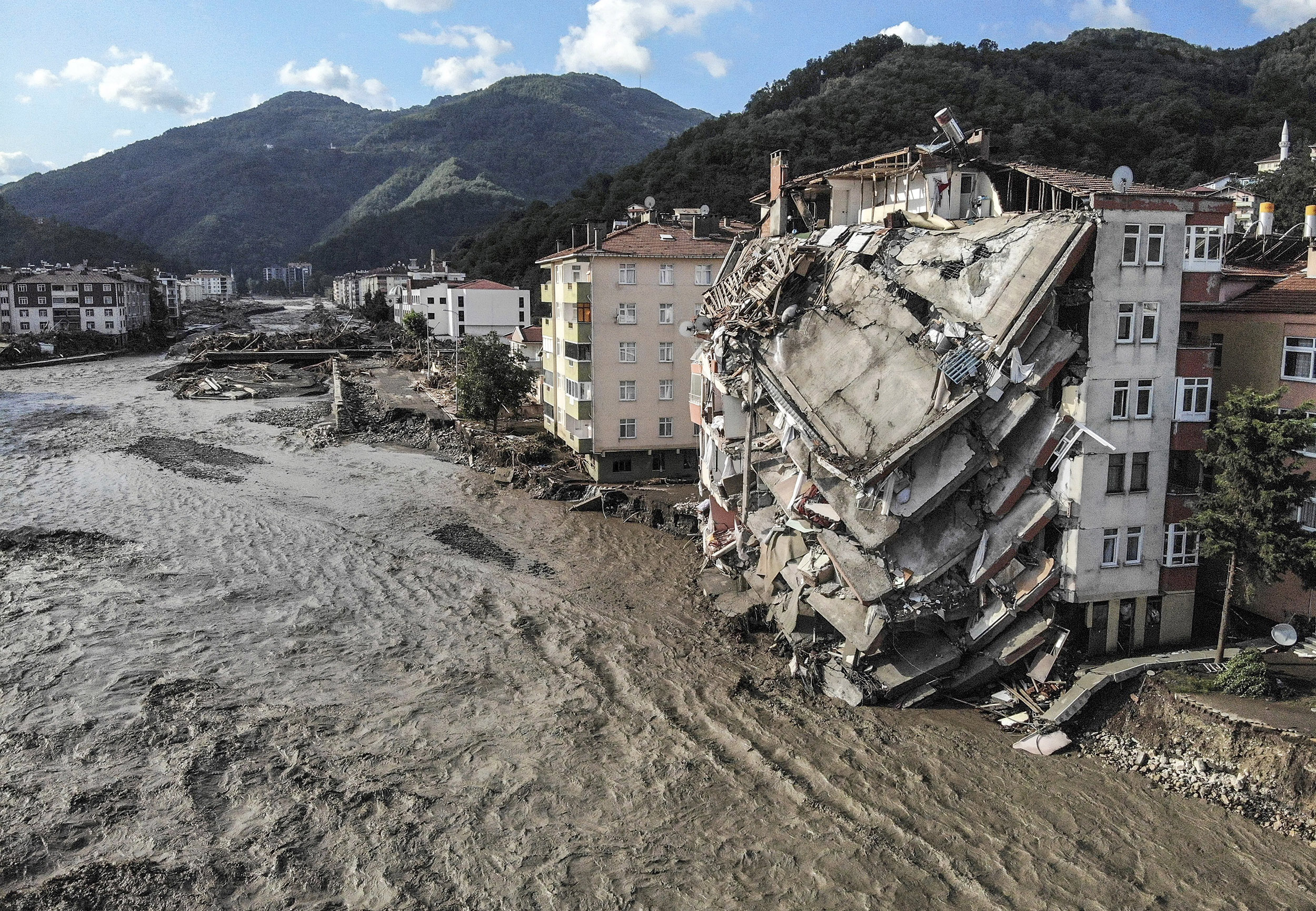 ANKARA: The number of people who died in heavy rain, winds, and flash floods in northern and central Turkey over the weekend has risen to five, authorities said on Monday.

The body of a person reported missing two days ago was found in the Ankara region on Monday afternoon, the Turkish disaster and emergency management authority, AFAD, said. Bad weather warnings are still in place in 42 towns and cities in the north and centre, including the capital, Ankara.

Schools were closed in Ankara and the central town of Gemerek. Last year, around 100 people died in violent weather events in Turkey, including flash floods, wildfires, and droughts. The disasters pushed climate change up the political agenda, especially among younger voters.

Torrential rains and hailstorms swept through the north and centre at the weekend, causing floods that killed four people near Ankara and another in the central province of Karaman, local media reported.

Several towns were damaged by the floods. Eight villages in the northern province of Kastamonu were still cut off on Monday after several roads collapsed.