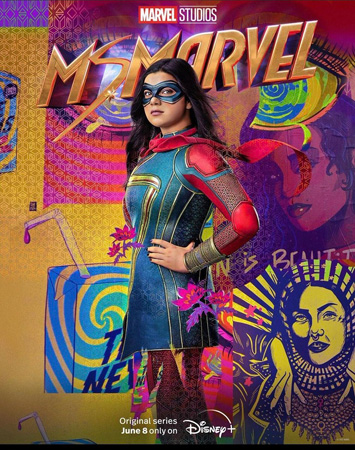 Taking to Instagram, the Kana Yaari hit-maker announced the big news as she captioned the post, “I am feeling greaaatttt and so lucky that I got a feature in @msmarvelofficial ‘s 1st episode.”

“I specially wanna thank @gingger_shankar for making this Happen,” she added.

Shankar also expressed her excitement on working in a Marvel project as she reportedly said, “The track is done in Urdu, which for a mainstream Marvel series to do is fantastic.”

“I’ve always been a fan of Marvel, but if you had told me five years ago that we would be doing an Urdu hip hop track with Pakistani and Indian influences for a Pakistani female superhero, I wouldn’t have believed it!” she added.

Shankar continued: “Eva and I worked on it through the pandemic between Los Angeles and Pakistan and are thrilled for folks to see its debut on Ms. Marvel.” The song featured in the first episode of the series that debuted on Disney+ on June 8, 2022.