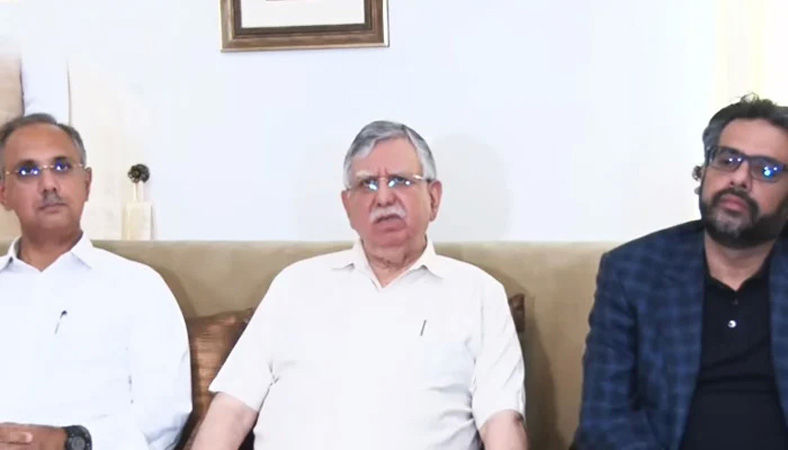 Former finance minister Senator Shaukat Tarin said Saturday that PTI’s tenure witnessed “record growth” in several sectors and the government was misleading the people by claiming they face an uphill task on the economic front. “All the numbers are published and public. Please take the country’s economy seriously and stop misleading the people. The numbers don’t lie despite your ‘spin doctory’,” said Senator Tarin in a press conference flanked by PTI leaders.

The former finance minister told the journalists that during PTI’s tenure, the country’s debt did not increase by 80%, it moved up by 76%. He said although the loans were substantial, the country’s economy went up by the same margin. “When you took over the government after PPP, it was your government that increase the overall loans by 80%, have you forgotten that?” Tarin asked the PML-N – the major player in the coalition government. The former finance minister said PTI created 5.5 million jobs during its tenure, which means that the ousted government was able to create 1.84 million jobs annually, while PML-N created 1.1 million and PPP 1.4 million. “If you look at the data, our remittances, exports, and textile sector witnessed record growth. We did all this, but they included it in their Economic Survey,” said the senator. The former finance minister said it is because of the PTI that the country’s gross domestic product (GDP) clocked in at 6%, but the government, in the budget for the fiscal year 2022-23, has projected it to be 5%. Tarin said the coalition government has eyed 3.9% growth in the agriculture sector, which clocked in at 4.4% during PTI’s tenure. “And they are talking about such a growth when they have created a water crisis and fertilizers are at record prices – there will not be even 3.9%.”