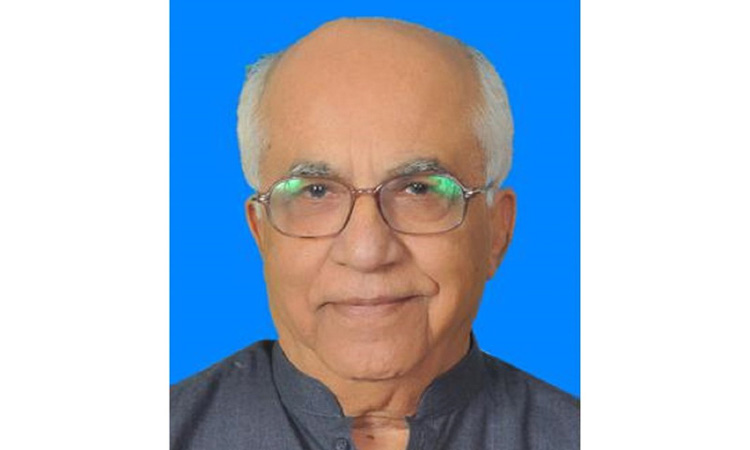 The Pakistan People’s Party (PPP) Senator Dr Sikandar Mandhro passed away in the United States on Saturday after a protracted illness, party leaders and his friends said. He was 80.

Dr Sikandar’s personal secretary, Abdul Ghani Gopang, said that Senator Mandhro had been diagnosed with kidney cancer in October last year. He was initially admitted to the Aga Khan University Hospital. He was taken to California in December for further treatment. He breathed his last there.

The senator’s body would likely be brought to Pakistan on Tuesday and he would be buried in his ancestral village Mataro Mandhro near Badin, the secretary said.

Gopang shared that Dr Mandhro and his wife Khalida had joined the PPP during former prime minister Zulfikar Ali Bhutto’s era when they were studying at the Liaquat University of Medical and Health Sciences, Jamshoro.

Dr Mandhro graduated in 1968 and started a clinic in Badin where Khalida also worked as a gynaecologist, the secretary further said. The couple had practised medicine for 45 years. Gopang recalled that after Gen Ziaul Haq imposed martial law in the country, Dr Mandhro went into ‘self-exile’. He initially lived in the US and later moved to Saudi Arabia, eventually returning to Pakistan in the late 1980s. Dr Mandhro was repeatedly elected as MPA in all general elections since 1988 and served as a minister in successive PPP governments, including as the minister for health, Gopang said. He was elected as a senator on a technocrat seat in 2018 and was nominated as the PPP’s parliamentary leader in the Senate. The secretary said Dr Mandhro had set up a hospital in Badin in 2013 as his final wish, adding that it was now being run by Dr Abdul Bari of Indus Hospital under an agreement. Dr Mandhro leaves behind his wife, a daughter Umaima and a son Zakaria, who live in the US. President Dr Arif Alvi offered his condolences to Dr Mandhro’s family and prayed for the deceased senator. Foreign Minister Bilawal Bhutto Zardari said he was devastated by the senator’s passing away. He paid tribute to Dr Mandhro and called him “the most trusted and faithful representative of the people of Badin”. “His loyalty to the PPP spanned 3 generations … He always spoke for party workers, worked for the poor & fought for democracy,” Bilawal tweeted.