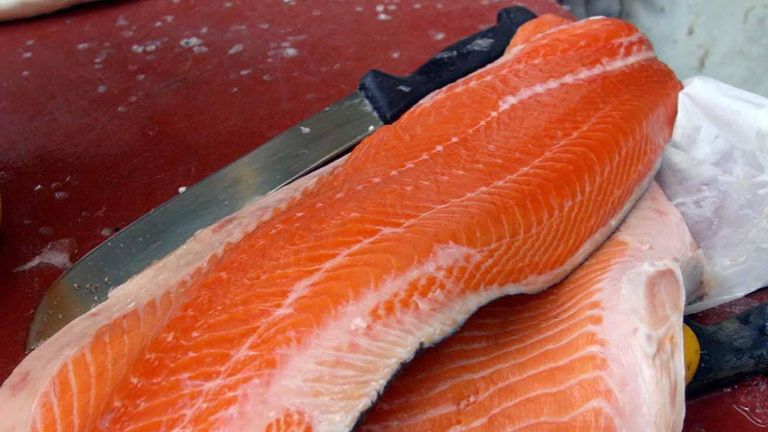 But now researchers in the US have warned this amount may be putting people at risk of malignant melanoma. Other experts said fish was an important, healthy food and there was no need to stop eating it, The National reported. In the research, experts from Brown University found that people whose typical daily intake of fish was 42.8g, equal to about 300g a week, had a 22 per cent higher risk of malignant melanoma than those whose typical daily intake was just 3.2g.

Those eating more fish also had a 28 per cent increased risk of developing abnormal cells in the outer layer of the skin only – known as Stage 0 melanoma or melanoma in situ, and also referred to as pre-cancer. The findings were based on a study of 491,367 US adults and published in the journal Cancer Causes & Control.

Those in the study were aged 62 years on average and reported how often they ate fried fish, non-fried fish and tuna during the previous year, as well as portion sizes. The researchers then calculated the frequency of new melanoma cases that developed over 15 years using data obtained from cancer registries.

They took into account factors that could influence the results, such as people’s weight, whether they smoked, diet, family history of cancer and average UV radiation levels in their local area.

“The authors found a higher intake of non-fried fish and tuna was associated with melanoma,” said Dr Michael Jones, senior staff scientist in genetics and epidemiology at the Institute of Cancer Research, London.

“These results were statistically significant and therefore unlikely due to chance.”